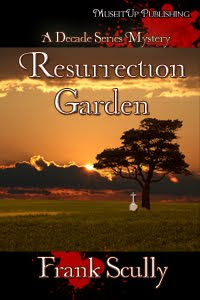 My name is Jake. Jake Turner. I am a Deputy Sheriff in the small town of Tenbury, ND. It’s a part time job but it comes with a room above the office and I have enough free time to do other jobs when I am not finding bodies in snow banks. More about that later.

I’ve knocked around the country since I left home at 16 more than 20 years ago. In that time I’ve done a lot of things; joined the Army for a spell, been a cattle buyer, an Arizona Ranger and a railroad detective. I fought in Cuba and charged up San Juan Hill. And watched the century turn. Railroads and the telegraph are changing the country.

Progress is a good thing. People are coming to this raw land, the magnificent prairie of North Dakota looking for their opportunity for a new tomorrow. It is hard work and the people are good stock mostly. From all over the world. I’m here because it was as good a place to stop as any other. An Indian once asked me if I knew where my tomorrow was coming from. I had no answer for him.

I was born and raised on a farm. I love the feel of good soil in my hand. My hands are hard and callused from working the land. And yet I’ve been a failure every time I have stopped my wanderings to try it. So now I work as a farm hand for others in my free time. Mostly for widows who have lost their husbands. Breaking the prairie sod and building a new life is hard on man and beast. It has broken many a plow and the man behind it. I do what I can to help those in need.

As I said, I’ve been a lawman in some form in many places. I have never enjoyed using a gun but I have a reputation and a history, some of it true and some of it from a dime novel by a writer who had neither any ability to write nor any respect for the truth. I have tried to leave it behind but it always catches up.

The body I found in the melting snow bank has a history too. Beaten, stabbed and then shot with a rifle and a shotgun. His killers wanted him deader than dead. And that sentiment seems to be the consensus of all who knew him including his family. There are many who want me to let it go, but murder is murder and no matter who the victim is, justice needs to be done.

But it is going to come with a cost. The killers come close to killing me once and try again several times. But that isn’t the worst of it. My best friend is tangled up in the web of killers. His sister, the woman who captured my heart, is in danger as is Andy, an orphaned boy who has become very important to me.

Untangling the sordid web of crimes that will solve the murder could cost me more than my life. Graves will be dug at the end. Who will they be for? Will I see where my tomorrow is coming from?

Ride along with me and see.

Posted by MuseItUp Publishing at 9:22 AM

Sounds like you've got your hands full Jake and something coming at you from every angle. Don't you hate when that happens? It's like no matter what rock you lift, something slithery with a forked tongue just has to slither right out and make your life that much more miserable.

Well you hang in there. I'm sure Frank is keeping his eye on your back and the rest of us will be surprised with how he helps you solve all your dilemmas. Great Job Frank. Looking forward to learning more!

Glad to know you're in the MuseItUp stable of characters. I could use some protection here in Italy--there are some serious guys here, too. Think you could pop over to the 15th century in your spare time?

Hi, Jake. Pleased to meet you. You sound like my kind of man, firm with a quiet integrity and strength. I am guessing you look a little like Gerard Butler. Hey, maybe you could ask your controller, Frank, so sign him up to play you in a movie.

Love this! Nice to meet you Jake!

Thanks for your kind comments. If I might I would like to share a poem with you all. It is one that my best friend Isaac brings to life for me and Andy.
John Clare's "I Am"


“I am -- yet what I am, none cares or knows;
My friends forsake me like a memory lost:
I am the self-consumer of my woes;
They rise and vanish in oblivion's host,
Like shadows in love's frenzied stifled throes:
And yet I am, and live -- like vapours toss't
Into the nothingness of scorn and noise --
Into the living sea of waking dreams,
Where there is neither sense of life or joys,
But the vast shipwreck of my life's esteems;
Even the dearest, that I love the best
Are strange -- nay, rather, stranger than the rest.
I long for scenes where man hath never trod
A place where woman never smiled or wept
There to abide with my Creator, God,
And sleep as I in childhood sweetly slept,
Untroubling, and untroubled where I lie,
The grass below -- above the vaulted sky”

Great to meet you, Jake. I love the territory in North Dakota. Your descriptions remind me of a recent vacation there, when I took my elderly mother on a long Amtrak trip to see an Indian pow-wow. Really something to see!

Hi Jake (and Frank)
A historical western mystery -- sounds as if you have all the bases covered. And a 15th century voice calling from the wings -- I feel as if I'm planted firmly here in both the future and past.
Most of my writing has had a historical angle, or alternate historical. We should form a brainstrust of the past.

You sound like a strong, capable and intelligent man, Jake. I know you'll find your way through what sounds like a helluva mess. You are that beautiful blend of powerful and sensative that prevails in the end. Looking forward to seeing how you reach the resoution.

Great meeting you, Jake. I look forward to discovering more about you and seeing how justice is served in this case at the beginning of the year.