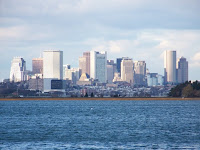 Hello, there. My name is Kylie Watson, Kylie Anne Watson. It’s good to be here at the MuseItUp blog and nice to meet you all. I received a note from Karen McGrath last week that you want to speak with me.
It’s quite interesting she’s been writing about my journey to the Amazon. The river is a powerful place. It has a way of changing you and forcing things to the surface. I don’t recommend the climate though, very muggy and the bugs, well, need I say more?
I love this blog business. I’m an attorney here in Boston, MA, one of the rising new talents on the block but my emotional life is a wreck. Who cares when you can pay off the college loans, right? It would be nice to stop crying for a moment or two, however. I miss my parents dearly.


They are, were, missionaries in Brazil, local celebrities here in Bean Town and far south in the Amazonas. Their plane crashed in the basin killing everyone on board, they didn’t have a chance in those primitive conditions...forgive me for carrying on so. Since I’ve been trained in all things missions at my mother’s knee, the Alliance Board wants me to take their place in Manaus. I’m declining, of course. I left that lifestyle in my teens, preferring to shuffle between the homes of my two dearest pals, Sharra and Christopher here in the States while we went to school together. Chris and I mesh well. We had a relationship years ago but we…well, in the courtroom I can pull information out of a witness in a heartbeat, but ask Chris why we stopped dating, umm… it won’t happen. Sometimes it seems like those two are my surrogate parents, I’m far too needy. 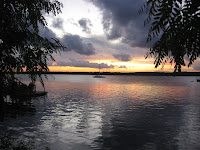 I’ve received an invitation to speak to the grieving churches at Mumsy and Ham’s memorial service in Brazil. What shall I say to them, you knew my parents better than I? No, that won’t do, true as it may be. I have to close up the house where I spent my childhood. I’m sure I’ll see Jose again. We were high school sweethearts but he’s involved in church work now and that has no appeal for me. And he’s too intense about everything. The whole cultural wife and mother thing isn’t really me. Not that I don’t ever want to do that, but not right now, not with him, not that he’d ask me, and not that I’d say yes. This is why I’m a lawyer…
Oh, I almost forgot…someone is stalking me. The detective said it may be nothing and I’m inclined to agree but a number of unusual things have happened. This strange little man came to the service for my parents in Cambridge wearing red pants, who does that? He ran when security tried to catch him. The detective is hiding something that has nothing to do with the police force. And Matthew, my office crush, is ignoring me, which has nothing to do with the stalker.
Sometimes I know things but I don’t know what they mean, part of that talent I mentioned earlier or my denial. Denial is a wonderful thing, it keeps me on an even keel. I just can’t stop the nightmares, and they are coming true right before my eyes. Where does God figure into all of this? I’ve no clue, but I have to be where Mumsy and Ham were before, well, before...the crash…regardless of my distaste for the missionary field.
Now you know quite a bit about me, as much as anyone else in my life. I think I’m an open book. The Amazon is layered with secrets but it’s the one place I’m not so inclined to unravel everything; is that denial kicking in, or dislike for my parent’s work? Maybe it’s good sense.

I like that line of Karen’s, ‘Do you want the truth, or something you can live with?’ I’ll take the truth in the courtroom any day, but when all is said and done, I want something I can live with, that works for me. Reality is over-rated.
I’ve got a client on the line so I’ll see you in April for Primordial Sun, the Heart of the Amazon. It’s been a pleasure and if you need a lawyer in Boston, feel free to look me up. This is Kylie Watson signing out.

Karen, Please tell your friends to leave comments for me below and I’ll answer. I have a question about paragraph three in the fourth chapter. I wanted to say something else there…can you add it in? Call my secretary for book two. I’m ready, well, as ready as I’ll ever be. KW

Photo credit: Boston & Sun by Erica McGrath, banner by Elizabeth McGrath, Brazilian beach by morguefile.
Posted by Paul and Karen at 9:18 AM

Fascinating. I can't wait to read this book.

I loved this. Kylie, you are my kind of character. Honesty, humour, stoicism. I wish I had created you.

Wow...never read something set in the wilds of the Amazon. Such an amazing woman you are to journey forth. Yet when you lose your parents there's not much you wouldn't do to be close to them even if only for a short time.-- Time to say goodbye. I have a feeling your friends are goint to prove pivotal in some of your decisions. Sounds like a wonderful read.

ummmm, the Amazon and Boston courtrooms, what extremes. one thing I can tell, your life isn't boring.

Kylie is an interesting character. Glad I stopped by to learn more about her.

Thanks, Roseanne and Debra! :)

Viviane and Christine, Thanks for stopping in.

Viv, I am honest but that pesky denial crops up and well, things aren't always what they seem.

And yes, Christine, my friends know me better than I know myself. Wise woman you are!

Larriane, no my life isn't boring though as a lawyer, I want it to be orderly... as if life could ever be that way...!

Thanks, Susanne, Did I mention I have a pet hedgehog in my backyard in Boston? Nothing like the wild life in the Amazon, though.

Loved learning about you and what you are facing in the Amazon. Such a sultry place. Looking forward to learning more.