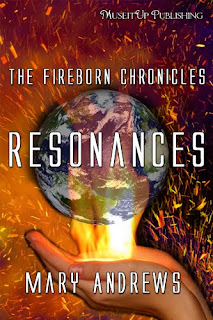 Make a blog...what the hell’s a blog?

All right, here it is: Web log...”Online journal where an individual, group, or corporation presents a record of activities, thoughts, or beliefs.”

I swear, ever since Rael got involved with running this Corporate Empire everything’s become such a pain. Telepaths are everywhere. An empathic Wall Master was bad, but at least Ira was young enough to intimidate. And, though Rael’s weird ability to link to electronics across the friggen universe still sends shivers down my spine I’ve come to really respect him.

In fact, I’m starting to think maybe he could use some unofficial help against those accursed old men (the Oracle Triad) who’ve been sneaking around messing with his life. Poor guy can’t seem to catch a break. Everywhere he turns, he’s being set up. It’s driving me crazy that I’m not allowed to just take them out. I understand a manipulative opponent. One of these days Rael will cut me loose on them and they’ll see what it’s like to really be toyed with.

But really, what’s this place come to? All those pretty boy Archangels...the last damned overlord definitely had delusions of godhood.

Although that Gabriel He’s some sort of empathic corporate nexus—keeps the troops calm and serves as an instant mental communications link between Rael and all of his other corporate guardians), he’s pretty handy to have around on a mission, as long as we’ve got Tristen with us (that’s Ira’s bonded mate; nice blind girl, sees through everyone else’s eyes, and mentally controls others almost as well as Ira—really rounds out the team...Oh yeah, we’re a Universal Gov Dark Ops team though we get to pick and choose our assignments since Rael became Corporate Overlord.

See what I mean? All of a sudden, everything’s become too complicated.

I don’t think a day passes that I don’t have to threaten someone to stay out of my head around here. Hold on a minute, I’m getting a message—a printed message—on the com-link. At least Rael still remembers we’re not all mental.

Oh great. Now someone’s gone and kidnapped Ira’s sister while she was on Gov business...and from a Hive mine too. How stupid is that? Ira’s sure not going to like it, and an angry Ira is not a good thing. I better check my medical supplies—stock up on sleeping draughts.

What kind of a lame-brained idiot would take on both the Universal Gov AND the Corporate Overlord? Hmm. Twin noblemen, huh? Looks like they’re in for a rude awakening.

This could be fun. What?

Now he’s inviting me to breakfast before we go. That’s got to be Gabriel’s influence. Rael knows I’d rather be priming my weapons—again. Oh well, I guess I could use some coffee while we wait for the Seraphim to jump us to that mining planet.

I do love a good hunt. It’ll be just like old times except that he’s also sending in an Archangel to represent the corporate faction but that could prove interesting too.

Well, I better wrap this up. Rael will expect me to preflight the Nemesis —as if I don’t always keep her mission-ready.

So I guess I need to sign off. I know our personal recorder—Mary Andrews—will document how all this plays out in her next report (THE FIREBORN CHRONICLES: RESONANCES). She’s already put together a pretty good rendition of how we all met and ended up here (book 1 of THE FIREBORN CHRONICLES).

(See http://mary-andrews.webs.com/ for more info on both.)

Wow, this was interesting! Looking forward to the book. :)

It's good to hear from you. Joe told me a little about your background. I hear you're a doctor and an assassin. What's up with that?

However it works, both skill sets would sure be useful where I am. You never know who's going to slip a stiletto between your ribs.

Anyway, I hope all goes well. I'd wish you a safe, boring journey, but I know Mary won't let you off easy.

If you see any Oracles, tell them to drop me a note. I think that's the way the internet works here in the 15th century.

And hey, send me a flashcup of that coffee.

What!? This is Laynald, not Mary. I better not find out that Rael's interfering with my entries.

Anyway, thank you Karen for your kind words. I understand Mary has finally posted a chapter on her site (listed above)if you want to read more.

And Michael: Ira couldn't seem to understand how healer and assassin worked either but it's really only a matter of perspective...Ha,you're getting that same confused look he had too.

Sooo, you're not very good with a knife, huh? Too bad. There's nothing quite like a well balanced stiletto. In the hands of a skilled opponent it's use is a thing of beauty. Rael taught me that right after I first met him. In fact, to this day, whenever I manage to pry him from his compu-link and Corporation we still spar sometimes. Too bad we can't physically breech this temporal distance or I'd help you out. In the meantime, have you considered hiring a body guard?

I talked to Rael about your coffee problem and he told me to direct you to a place in the Sufi monasteries of the Yemen in southern Arabia. He says in mid 15c they were roasting and brewing coffee. So it's that or hold on til the 16c when it should finally catch up with you where you're at.

Either way, though, you'll have a longer wait for the flash-cup.

Thanks for the well wishes too, but I don't foresee anything short of an adventure coming up. I'll see what I can do to relay your message to the Oracles, but they've never been much for conversation. They speak. They leave. And they're smug about it.

It's been nice to meet you though. Tell Joe he needs to send you to the future next time. Then maybe I'll see you around.

Laynald, if Rael figures out a way for you to 'physically breach this temporal distance' I'd like some help with my garden. I have some pesty villains I could use some help in dealing with.

(again...this is not Mary. It's Laynald.)
Ah, Ms Wills. The only thing more rewarding than coming to the aid of a gracious lady is to do so amidst the cultivated wonders of nature. And, I've always had a propensity for...poisons. *grin*

What kind of pesty villains would dare intrude upon your garden?

I loved this character's article! I know some have done this type of thing before, but rarely have I seen one as well written as this.

As bad as I hate to admit it, I think Katie's right.

((Why does Mary's image and face keep showing up here?)) Once more, this is Laynald...

Ah, Ms. Hines--you charmer, you--it didn't take a genius to tell you are a wordsmith. And according to Rael's search, a very good one. So, thank you for the compliment but, unlike the wonderous creatures I'm sure you create with your glorious words, I am only being myself.

And Michael,competition is more than good for the soul...it forges us. *grin*

Glad to see you behaving yourself Laynald. Save the mischief for the adventure to come.