Family Halloween Celebrations Aren't What They Used To Be 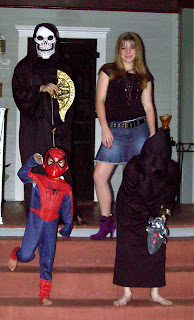 When I was growing up in the 60’s we kids dressed for Halloween in various costumes like Hobo, Hula Girl, Raggedy Ann, Ballernia, witch or occasional ghost. The costumes were not scary or gross or demonic, unlike today’s typical costume.

In fact, I recently came across my own hobo cigar which actually ‘smoked’ talcum powder and collapsible top hat in addition to the raffia grass hula skirt and plastic flower leis. What a coup and they brought back such wonderful memories. 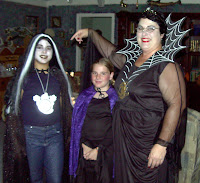 My parents would never have been caught dead dressing up. Halloween was a kid’s holiday. They might accompany us along the street, when we were really small, but by the time I was 8 I was trick-or-treating with a group of kids all over the neighborhood and gone for hours. No one worried. We were perfectly safe.
When we returned home our very full pillowcases full of candy would be unceremoniously dumped in piles all around the livingroom floor. Then we spent the next several hours sorting, tasting, discussing and enjoying our treasure. That batch of candy would last months in a huge glass jar in the kitchen. Every day as we made our school lunches a handful of that luscious candy would go into the lunchbox. 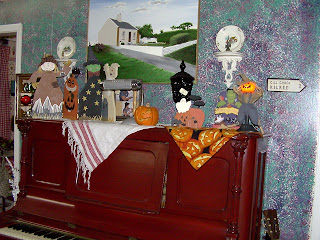 When I began raising my own family, times had changed. Candy was spiked, homemade goodies concealed razor blades, kids were kidnapped if allowed to go out alone. So it became the responsibility of the parents to protect our little ones while providing the fun Halloween experience. One way of doing this became for parents to dress in costume and trick-or-treat along with the kids. Mine loved it when we did this. 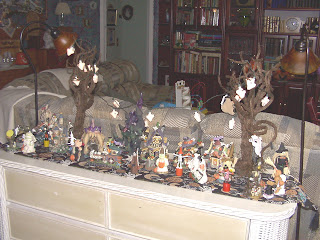 For a month before Halloween I would decorate the house and as the kids grew older they helped. All of the main parts of the house held various Halloween not-scary décor that helped the kids ‘get into the mood’, as though kids need any help.

As the kids grew up they didn’t need us to dress up anymore, but we continued escorting them and it became a family activity to ‘check the candy’ when we all got home. Today we drive the car slowly down the street while our youngest runs along from house to house. There ends up being a whole parade of cars doing this and the kids have to be really careful crossing the street to get both sides of houses.
Parties have become the most popular way to celebrate Halloween today. Churches, malls, grocery stores and private parties supply the fun and excitement. 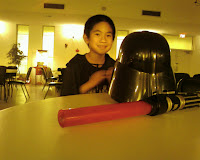 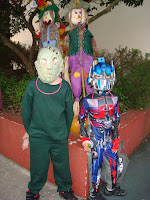 Another form of celebrating is the temporary constructions at various theme parks. Many zoos have taken to building booths, haunted houses, play areas and trick-or-treat paths. These are usually available for about a month and kept to a PG rating of scariness.

Other places like Universal in Orlando go all out and have developed quite a reputation for their gore and scary factor. Obvious these places are geared toward the adult who wants to relive their Halloween childhood.


Written by Rebecca Ryals Russell, author of YA/MG Fantasy. You can see more about this author at YellowHatAuthor or Plotting Worlds You can read about her upcoming YA Dark Fantasy series Seraphym Wars. Book 1 Odessa is due to be released April 1, 2011 at MuseItUpPublishing.com. Book 1 Zarena, of her MG series, Stardust Warriors, is due to be out July 1, 2011 at Muse as well. She also has a very dark horror story, Don't Make Marty Mad, coming out next Halloween at MuseItUp Publishing. And if you write for teens or are a teenaged writer, visit Teen Word Factory, a grog produced by several YA/MG Muse authors filled with helpful writing advice and suggestions. You can also reach Rebecca directly at myrnawatts (at) gmail (dot) com.

You brought back a lot of memories, Rebecca. I guess we can say, Those were the good old days!

Oh Rebecca, you brought back so many memories for me as a child. I always dressed up for Halloween as an adult because it's the only day when I can go back and act goofy. Not this year, however, because I gave my outfits to my kids to use this weekend so I'll go as scary Lea. :)

It'll be fun to dress up for the grandchildren one day, too. But those were definitely the fun days.