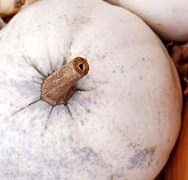 Did you know pumpkins come in blue, green and white, besides orange? The word pumpkin originates from the word pepon (πέπων), which is Greek for “large melon". The French adapted this word to pompon, which the British changed to pumpion and later American colonists changed that to the word we use today, "pumpkin". The origin of pumpkins is not definitively known, although they are thought to have originated in North America. The oldest evidence, pumpkin-related seeds dating between 7000 and 5500 B.C., were found in Mexico. Pumpkins are a squash-like fruit that range in size from less than 1 pound (0.45 kilograms) to over 1,000 pounds (453.59 kilograms). (copied from Wikipedia)
Did you know trick or treating originated in Ireland?
Yep, on Halloween night, the wealthy landowners gave food to the poor and hoped ghosts would see their kindness and not give them any trouble.
Did you know Halloween is the most celebrated and commercial holiday after Christmas?
Did you know which candy was the first penny candy to be sold in a wrapper?

Here’s a little known fact – one cup of raisins actually has more sugar than one cup of candy.

Did you know sales of Halloween candy averages over one billion dollars a year in the US.

A Halloween superstition - if you stare in the mirror on Halloween evening you are supposed to see the person you’re going to marry.

A Halloween myth - tattoos, a unibrow and long middlefinger are supposed to be signs of a werewolf in human form.

Did you know Harry Houdini died on Halloween night in 1926. He told his wife if there was a way to communicate with her, he would. His wife, Beatrice Houdini held a séance every year on the anniversary of Harry’s death, but she never was able to contact him. But she never gave up hope until her own death in February 1943. 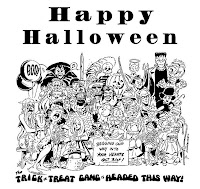 Did you know more humorous cards are sold on Halloween than any other holiday?
During the holiday season, over 25 million humorous greeting cards are sold.

Some towns actually ban trick or treating. For over 20 years, a city between Baltimore and Hagerstown MD refused to set an official date for Halloween because they fear the town could be held liable for damages that happen with celebrations.

School boards often limit holiday celebrations. In NJ, a school board won’t allow any religious celebration in school. Since there’s a religious connection to Halloween, they call it a Fall Festival instead.

Some cities and towns celebrate Halloween on different days than the 31st. If Halloween falls on a Sunday, they often move the holiday to Saturday. It avoids conflict with church activities.

Halloween is no longer a holiday to ward off evil spirits, instead it’s become a fun holiday. Young and old enjoy the day trick or treating, taking ghost tours, having bonfires or hosting costume parties. Some watch horror movies or read ghost stories. It’s become a time when people enjoy hearing stories about paranormal encounters. Halloween has now become a fun celebration.
Posted by Roseanne Dowell at 6:00 PM

Email ThisBlogThis!Share to TwitterShare to FacebookShare to Pinterest
Labels: halloween, Muse It Up Publishing, roseanne dowell

Coming next, I interview Bonella. I can hardly wait. HEHEHEH