.
Hello My Pretties!
Here's part two, my fiendish friends!  Part three will post at one o'clock!  Be sure to leave your email in the comments for a ghoul surprise in this monster contest.   Sorry for the lateness... Blogger is spooked at the moment.
Your hostess for today, Karen McCabre
Shadow Trick or Treating
Part Two

Then I heard them...
They were right in front of my bush on the sidewalk… and they were whispering.
Up close they didn’t look that scary, maybe I could reason with them if it came to that.  I was just about to step out of the shrub when I caught my name in the middle of their gibberish, then my brother’s and my sister’s.  I froze.  My legs refused to move.  I peeked through the leaves to see what was happening, holding my breath and willing my heart to slow down.
One spun his face toward me, his beady eyes flicking all around like an insect.  He had no nose, and just a small slit for a mouth.  Then I heard something that made my insides clench and my hair curl.  One spoke in English.  To this day I don’t know if they really did or if some sound warp made me able to understand them.
“Where did the tall one go?” one of them said, his voice high and fast.
“I don’t know but she left the smaller ones alone.  Heh, heh, heh. We can pick off the runts now.”
“Did she go home?”
“The guard hasn’t seen her yet and he’s right outside her back door.”
“Well, no mind.  Lets’ get the little ones and eat them behind the Temple.  Then we’ll find her.”
They smiled viciously, their mouths turning scarlet red in the street light.  My blood pounded in my veins, I was sure they could hear it.  I had to get to Ava and Michael.   I had to find them immediately!
The Shadow Men hovered over the sidewalk twirling their hands together and making slurping noises.  I swore I saw fangs when they laughed, fangs that looked like the fine teeth in a comb…  I choked down my cries of terror.  If they found me now, my siblings didn’t have a chance, that was certain.  They floated over the curb in a weird little dance.  I bit my fist stopping my screams.

I scanned for lights in nearby houses but Halloween suddenly seemed long over.  Folks were going to bed.  It had to be ten o’clock.  If we were any later Mom would be searching for us in the car soon, that is, if the guard back at the house hadn’t gotten her already.
Finally they moved along and I crawled out from behind the bush.  I watched carefully until they were about half a block away and I ran to Rochambeau Avenue and one block up and one block over to head Michael and Ava off at the middle pass.   I hung behind a large maple tree trying to catch my breath in the dark.  Ten minutes dragged by and I didn’t see them.  Then I heard rustling and giggling.  I spotted them a few houses down.  The Shadow Men were right behind them hiding behind some cars.
The kids went inside one of the houses; thank God, they were safe for a moment.  The Shadow Men positioned themselves ahead at the next house, waiting for them in the bushes.  Once Michael and Ava got their next treat, they were toast.

My siblings came out to the street and ran to the next house.   The Shadow Men loomed out of the shrubs and opened their black arms, waiting.  I whipped a rock down the street in the opposite direction which scared the heck out of Ava and Michael so they screamed bloody murder.  Lights came on in a few of the houses and the ghouls faded into the shadows, snarling.  Someone called out and my sibs said they were ok.  They ran up the sidewalk and I stood out from the tree so they could see me.  I put my fingers to my lips.  They halted and almost dashed the other way until they knew it was me.
“Shadow Men, over there,” I whispered.  “They’re after us.” 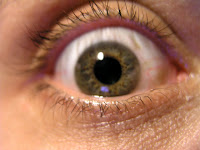 They shook in their hobo suspenders, their little faces red from carrying their overstuffed candy bags.  What a haul.  I begged them to ditch the bags but they refused.  Each one had to weigh more than each of them, we’d go faster if we left the bags but no…
“We got the leftovers,” Michael said proudly.
Ava hid hers behind her back, it was a losing battle to get them to drop them.
I whispered the plan quickly.  We threw more rocks and the neighbors came out.  The porch lights snapping on stopped the shadow men from following us.  We saw them fidgeting in the shadows and licking their scarlet lips.  They smiled at us twirling their hands in front of them.

We dashed around the block and down the back road behind Rochambeau.  Once we hit our row of houses, we ducked into the backyards we knew like the back of our hands and hid behind the garbage bins.  The shadow men were in hot pursuit but they lost sight of us and split up.  We squatted behind the bins moving our lips in silent prayer.  And gorging on chocolate bars for extra energy, whipping the wrappers in the trash.
We waited between our house and the William’s when I realized the guard might still be at the back door.  Then we heard the car start in the garage.  I made Ava and Michael huddle in the cellar window gutter.  Good thing they were small, they just fit with their candy bags.   Their heads barely cleared the ground. I circled around to the door of the garage.
Mom caught me in the glare of the headlights.
“Where the heck have you been?  Where’s your sister and brother?”  She was ripping mad but I was so relieved she was alive.  “Do you know it’s eleven o’clock at night?”  Of course I knew it was night but I wasn’t about to tell her that then.
“There were so many houses. Ava and Michael are in the back yard.”  I didn’t dare tell her they were in the window gutter, Dad’d punish us all for sure.

“Well, go get them and get in the house right away.  And just step over the Shadow Man, when you walk in.  I had to kill one.  Why they insist on coming here for Halloween I’ll never know.  Children are not candy, they can’t just come to our house and expect us to give away our children…”
“What?  Yes, m’am,” I said scurrying through the back yard.  Mom killed a Shadow Man?  They Trick or Treat for children?!
Stay tuned for part three at one o'clock this afternoon!  Mwahahahaha!
photo credits: morguefile.com
Posted by Karen McGrath at 11:25 AM

Oh my, thank goodness mom is onto the shadow men.

Leave your guesses in the comments section! You have until midnight. ;)

Wow, this is really good. Didn't see the part about the mom killing a shadow man coming. Can't wait to read part three.

Trying to figure out the symbolism of the Shadow Men.
joannereynolds@sbcglobal.net

Joanne, I've tried to figure out the symbolism to the Shadow Men, too. A mystery to me for now!