One of My Favorite Christmases

My Favorite Christmas
By
Roseanne Dowell 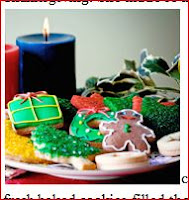 That’s a hard one, because I love Christmas and a little bit of everyone is my favorite. When I was a child, (which was a long time ago) my mom began baking cookies right after Thanksgiving. She made so many cookies, she filled up three potato chip cans full. Not the small cans the big 5# ones. When we came home from school the smell the fresh baked cookies filled the air. She also baked poppy seed and nut rolls, but those were made closer to Christmas. 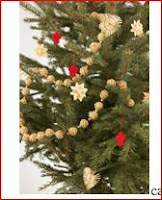 We always put our tree up early, usually by St. Nicholas Day (Dec. 6th). Neighbors didn’t like it, but my mom went all out and put a village under the tree, complete with caves. It took her hours to set it up. She said with all the work she put into it, she’d be darned if she only wanted to enjoy it for a week.

We used to put our stocking out on the feast of St. Nicholas, Dec. 6th for St. Nick to fill. In the morning, we were rewarded with apples, oranges, nuts, and small toys like harmonicas.

Back then people visited a lot during the holidays, and Mom always had cookies and bakery to serve unexpected guests. If Mom and Dad went out for the evening, she usually called to see how we were doing. I had three older brothers an older sister and a younger sister. When he was old enough, Mom left my oldest brother in charge. When she called, of course my brother told her we were being good and as a treat we were allowed to have two or three cookies. I’m not sure if Mom knew or not, but we’d take two or three from each can. More than likely she knew, but we thought we were getting away with something.

Christmas Eve we had a traditional dinner. My Uncle, Aunt, and four cousin joined us for dinner. Every year during dinner, my mom told us the story about my uncle when they were young. Our dinner began with Oplatky – very thin, white wafer type bread (think Communion wafer). It came in oblong pieces and Christmas scenes of the nativity were imprinted on it. We added a dollop of honey and ate it. The story went, when my mother and uncle were growing up, one of the siblings (there were 9 of them) stole each other’s Oplatky. So one year, my uncle decided to fool everyone. After he put his honey on it, he set it on his chair to hide it while they stood and said Grace. He sat down, looked at his plate and asked who stole his Oplatky. Of course, no one had. It took him a few minutes to remember what he did with it. He stood up sheepishly and peeled it off his pants. I don’t think we ever got tired of hearing that story and I repeated the story to my children. Eventually, it became a custom and I tell it to this day.

Christmas was more about family than gifts and we all looked forward to our Christmas Eve dinner. After the table was cleared and dishes done, we went to my Grandmother’s to visit. Sometimes my older sister and I rode with my uncle and some of my male cousins rode with my parents and brothers.

One year, my uncle decided to play Santa. It wasn’t that any of us believed any more, we were pretty much past that age. He bought the Santa suit, put it on after dinner, and we piled in the cars to go to Grandma’s. My sister and I rode in his car. We had a great time waving to people on the way. We stopped at a traffic light, which happened to be in front of a corner bar, a man walked out of the bar. My uncle waved, the man looked, my uncle waved again, rolled down his window and we all yelled Merry Christmas. The man stopped, bent down and looked in the car, stood up straight, scratched his head, shrugged, turned around and went back in the bar. We laughed the rest of the way to Grandma’s.

There are many other stories I can tell, but that is one of my favorite Christmases. Although some of the people are gone now, the memories will be forever in my heart.
Posted by Roseanne Dowell at 12:00 AM

You family Christmases sound wonderful Roseanne. I smiled at the man from the bar. Instead of a pink elephant he saw a real live Santa. lol. I just put up my tree today without realizing it was St Nicholas Day (which features in my novel which open with my Stefan dressing up in a St Nicholas costume.) I was delighted to read that is when your Mum put up your tree. I wouldn't have noticed the significance of the date if i hadn't read your blog. Thank you very much for that. It gave me quite a happy zap :) I guess that is why you chose Dec 6th for your blog spot.

Hi Rosanne,
Lovely story. It is truly a joy to have such wonderful childhood memories of Christmas.

Beautiful memories. My parents were never socially active so our Christmas' were all about family. Now most of the family is dead or fighting with another member. You're post made me want to travel back in time to when we all liked one another. :)

I love your memories, full of joy and laughter. Thank you for sharing.

Thank you for bringing us into your Christmas memories. I had never heard of Opalatky. Did your mother make it or did you have to buy it? What a great way to begin the holiday. I loved the story about your father. Writing about your memories brought me into the warmth and joy of your family's celebrations. Happy St. Nicholas Day!

Fun memories. That's what life is about! Cherish those gifts.

Great memories. Hope you get to make some happy new ones this year. Thanks for bringing them back to life for us.

Thanks, everyone. Lionmother - we bought them from the church. You can still get them from some churches. We have a traditional Christmas Eve dinner that I still make - It consists of Mushroom Soup, Perogi and Babalki (little round bread pieces - baked and then steamed in water and coated with either sauerkraut and butter or a combination of butter, poppyseed and honey. I can almost taste them as I type this. I can't wait to have it. This year instead of Christmas Eve, I've decided to do it the Sunday before because only a couple of my kids can come on Christmas Eve. On the Sunday before they can all come so there will be about 31 of us for dinner. Well 2 babies don't eat, so 29.