A Reason to Kill by Nathaniel Tower cover 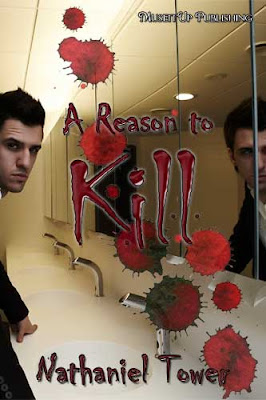 A Reason to Kill

by Nathaniel Tower
coming 2011 by MuseItUp Publishing
a psychological thriller

What happens when a criminal thinks he is killing for good?

Young hotshot Detective Geminer became a police officer to put away scum like the man who killed his father. His latest case, the Do-Good Killer, chooses his victims based on prior criminal records and thinks their history of crime is justification for his murders. As the isolated Geminer attempts to capture the elusive criminal, cope with the loss of his father, and find normal human relationships, he questions his own motives behind being a police officer and begins to learn that he and his enemy have quite a bit in common.

Nathaniel Tower writes fiction, teaches English, and manages the online literary magazine Bartleby Snopes. His short stories have been published in over fifty online and print magazines, and he also has published numerous pieces from his extensive collection of creative non-fiction tales from the classroom. In 2010, his story "The Oaten Hands" was named one of 190 Notable Stories by the storySouth Million Writers Award. A Reason to Kill is his first novel. He currently resides in St. Louis, Missouri with his wife.

Posted by MuseItUp Publishing at 12:13 PM

Looks great!! Another 'must read' to go onto my list.