Calen Meer has a big problem... 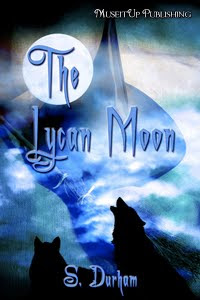 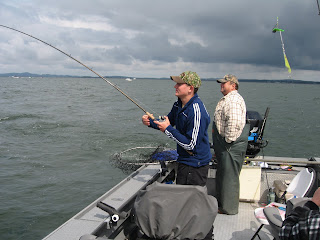 What I should be concentrating on is my charter fishing business and the state of the Coho and Chinook runs, but instead I’m being driven to distraction by a woman’s scent.Yes you heard me right, out of the blue, a writer from Seattle has blown into town and has been snooping around my business. Her story about tracing a man who lived centuries ago, whom she believes is still alive, is far fetched to say the least. That is...if I didn’t know better.
It wouldn’t be so bad if I could blow her off and send her on her way, but somehow she’s managed to appeal to my primal self, and that guy is so not wanting to back down. How could decades of careful manipulation and suppression of the beast inside me, been blown away by this woman’s bewitching face and body in a mere twenty four hours? Yeah she’s smart alright, and has trouble written all over those intelligent green eyes.
No, she doesn't know the man she’s looking for is yours truly, but when she puts the pieces together, my deadly past is going to terrify her into thinking clearly, that much I’m sure of.
To make matters worse, three woman have been found brutally murdered between here and Seattle, and I’m here to tell you, no human or rogue animal is responsible. I caught the scent of the cold blooded killer, and this guy simply exudes a perverse pleasure in the slaying, which, to my extreme annoyance, has disturbingly dragged up all those grisly and unpleasant events of my own past.
And that bitch of a full moon, is only days away...
THE LYCAN MOON, by S.Durham coming April 2011
http://museituppublishing.com/musepub/index.php?option=com_content&view=article&id=113&Itemid=82
Posted by Sara Durham Writer ~ Author at 1:20 PM

I agree with Ro...it sound like a delightful read, and a delightful storyline for me to create your cover blog. I am constantly collecting wolf pictures even when they won't fit into any of the cover blogs I have currently on my list to work on...but I KNOW one of my many talented brother and sister Musers will one day give me the perfect storyline for them...I am collecting so many pics though, I have finally realized I HAVE to transfer them to a flash drive...I DO take my pic collecting very seriously.

Love the premise of your story Sara. Don't you just love the concept of weres?

Thanks Roseanne, this got posted a few days early, quite by accident:) I'm glad you liked it! Thanks for commenting!

Captivating and strangely enough makes me want to read more...strange because I usually stay closer to cop style mysteries. Hmmmm, I might just need to break that,

Oh Lin, thank you so much! You always have such beautiful and imaginative pictures! I'm very much looking forward to my cover blog!
Thanks for coming by!:)

Karen, thanks for stopping by! I'm so glad the post interested you enough to perhaps diverge from your favorite style of read:) Thank you again for taking the time to comment!