What I Want to Know is Why Am I Here? And She Won't Tell Me!

I can’t believe that any human being would put another human into the situation I’m in. And she even has the balls to say she loves me! Who does she think she is, anyway?
How would you like to be 18 years old and just graduated from high school, which was a total drag and I couldn’t wait to get out, only to find myself on some horrific planet inhabited by demons and dragons? Unless you’re a total gaming nerd who always wanted to live out the games you’ve been playing, or a nutcase, I wouldn’t think you’d be any happier than I am.
I was even in the middle of mourning over my favorite brother’s murder by three dumbass teenagers who burned him to death. I go for a walk to clear my head and this really weird couple assaults me with “Mind the Signs, Myrna.” Like I even know them or something. I’ve never seen them before in my life! I walked away and then turned around to say something and they were gone. Not just walking away, like to their car or something. Gone! What the hell? Right?

Next thing I know I’m standing at my front door looking out at a world that isn’t mine. It’s all messed up, man. The people are dressed like they belong in some Victorian literature and the sky is all gray and blurry. No sun at all, no rain, no snow. Just drab and gray. 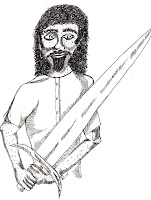 And then I go for a walk and get snarled at by some huge dude in all black with red eyes. Freaking me out, man! Next thing I know I’m grabbed by the arm and pulled into a diner where some tiny man standing on a stool in order to stir his spaghetti sauce interrogates me and sends me back home with his helper; the one who grabbed me. And get this, the name of the diner is Spaghetti Asgard. Asgard! Like in Viking heaven. And the diners are all blonde with intensely blue eyes. So I'm thinking something big is up. But no one will tell me anything.
The helper, his name is Michael, is kinda cute, though. Weird, but cute. And here’s the part that chafes my butt. He tells me I can’t go home. I begged and cried and explained about my family being in danger. Didn’t matter. He doesn’t care. I can’t go home until I fulfill some dumbass prophecy that’s moldering away somewhere. It was written thousands of years ago and yet I have to live my life by what it says. How fair is that?

I just want to get home to my other brother and sister. They can’t take care of themselves. They have no idea what’s going on, but I’m starting to get the picture. And they need me! 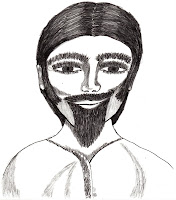 So I say again, what normal human would write me into the situation I’m in? She can’t be normal. And I’m sure as hell glad she’s not my mother. There’s no telling what she’ll have me doing next. Fighting dragons? Running away from zombies? There’d better be some good stuff in this story, like falling in love with some muscular, handsome warrior or maybe a Scientist with coal black eyes.
And I’d better not be the only one fighting these demons. I need an army of trained warriors, not a group of wimpy kids I’ll have to train. But I bet that’s what she’ll give me. Five or six kids all younger than myself that I’ll be in charge of getting someplace. It’ll be up to me to keep them safe while fighting our way across this monster-infested planet. I just know that’s what she has in store for me.
All I have to say is, this had better be a damn good story. 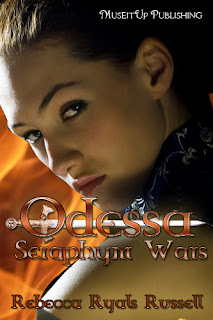 Rebecca Ryals Russell is the author of the YA series Seraphym Wars. Odessa is due out April 1, 2011 at MuseItUp Publishing. You can read more about it at http://bit.ly/igaNXF. She also writes a MG series Stardust Warriors. Zarena is due out July 1, 2011. Follow her progress at http://rryalsrussell.com.
Posted by Unknown at 12:02 AM

Wow, Mryna has a lot to contend with! Nice job showing her annoyance with you Rebecca:)

Can't wait to read this one!

Great post. Sounds like your character will need her feisty outlook to get through the adventures you have in store for her. Well done.

Okay--I'm with Myrna. At 18 she should be shopping at the mall, choosing a college or vocation of some kind, and loving life. Rebecca cheated her out of all that. I'm a bit angry at her too! (But, don't mention to Myrna that I am very curious to discover how she is going to handle this situation.)