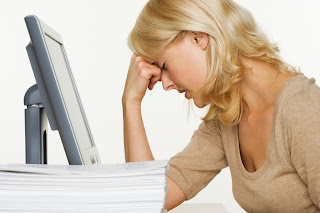 Before a story is penned a writer needs to evaluate and blueprint “conflict”, the factor that drives and motivates readers to continue reading.


What exactly is conflict in a story? Simple…a problem/obstacle your main character needs to overcome by the end of the story. Think of it as your engine that drives your car forward. Without one your car remains idle, collecting dust in the driveway. Give your car a super booster engine and you’ll be coasting the streets with no worries.
A character needs a conflict, one that sees him through various situations he must overcome. This intrigues and connects your character’s predicament to your reader. Without a hurdle, there is no magnetic charge to motivate them to turn that page.
Before any writing or mapping of setting and character profile, ask yourself these questions:

The second question is important because it will help to focus your words and subject matter to suit the appropriate audience. For example, writing for children compared to the young adult market is a considerable difference in the words you choose, the focus of your story, and who your main character(s) will be. Children understand a storyline based on the world they live in now; divorce, new baby comes into the house, doctor visits, bullies, fantasy worlds. Middle grade readers love mysteries, soft spooky tales ( no knife-wielding maniacs, head chopping, blood and core etc., more suspenseful and “goose-bumping tales like in the “Goosebumps” books), magical tales (Harry Potter), even teeny bopper stories like “The Babysitters Club” or “Sweet Valley High”. In most cases the story is told through the character”s point of view aged a few years older than the intended audience. For example, if you aim your story for the 8 – 10 age group then setting a story for a twelve year old character would be best since kids always like to read and associate with kids a bit older than them.
The young adult audience can handle more “adult” material, such as pregnancy, robbery, death/murder, gangs, drugs…things their age level have read and have a worldly understanding.
Types of Conflicts
Here are some examples of conflicts in some books:
The almighty tried and successful “good against evil”

Think Harry Potter, Lord of the Rings, Star Wars, Little Red Riding Hood, The Three Little Pigs…yes, these fairy tales were using the “good against evil” method if you sit down and think about it. The wolves in both fairy tales were intent on overcoming their “so-they-thought” weaker counterparts.

In the above examples, something stood in the protagonist’s way:

In each of the examples above, the one bigger obstacle is always met with smaller conflicts to keep the suspense and pull your reader into the storyline.
For example:

Think of real life: if you had to go through a trauma, how would it change you? A writer needs to wear his character’s shoes and get inside his head to fully understand him. Write a story with a stick person and you get stale material. Write a story with powerful emotions and you have one interesting read.

By the end of your book all inner and outer conflicts need to have reached a conclusion. Whether your character conquered or failed is not as important as making sure he tried to meet them head on. You cannot place a conflict (or foreshadow) without making sure by the end of the story some sort of a resolution has been fulfilled. This is cheating a reader and they WILL notice, especially if a particular conflict was the one he’s been hoping to see the outcome to.
Posted by MuseItUp Publishing at 9:45 AM

I believe...as writers we need to understand our target audience is becoming increasingly aware of manipulative ploys and writing tactics used by inexperienced writers. Eventually the reader will simply stop reading if they feel the author manufactured too much and simply went 'too far'. Kinda like shooting themselves in the foot....don't yah think? I've often slammed a book shut thinking screw this nonsense.... I'm smarter than this! How does one determine when an author has gone too far? It's definitely a fine balance. Now that's a reality based novel that's worthy of my time and energy. Or perhaps the Monk Who Sold His Ferrari.....Robin Sharma.....*growls*