My favorite scene in AT ALL COSTS 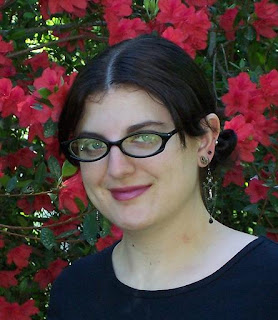 My favorite scene in At All Costs, my short story due out in December 2011, is in the beginning of the story when Samantha uses her powers to defeat the tech-monsters. You see, she's a technopath which means that she can control technology. Cool, huh? Not so much when you live in a post apocalyptic world where technology has taken over and is trying to obliterate the human race. Sam's power is seen as a weapon against the tech-threat, and General Lieberman will stop at nothing to make sure that Sam and her powers are used to the max. Here's a bit from the beginning of At All Costs:

The sound of gunfire woke Samantha from the most peaceful of dreams. She had been at the shores of the lake she used to visit as a child, soaking up the sun’s rays. Family's cooked hamburgers and hotdogs on their grills, the smell making Sam's eager stomach grumble even in her dreams. Birds sang in the background as the sound of children's laughing reached her. The wind breezed through the trees and for the first time in years, Sam felt at peace.

Samantha shoved her boots on as the dream quickly faded. Tears pricked her eyes as she tried to remember how the sun felt and what birds sounded like. It was another lifetime, she thought as she left the safety of her Kevlar tent.

They were attacking again. It was all they ever did. They wanted Earth to themselves, need the earth's natural resources to survive, and the human race was just the infestation standing in their way. The entire world had been taken by surprise ten years ago, when every technological device turned against them. There was no final show down, like in those ridiculous movies that the last President of the United States starred in. It was a steady takeover until the day they showed themselves. And by then it was too late.

Standing on the edge of the human race’s camp, the monster stood so high that Samantha thought it could touch the heavens. Made up of old car parts and advanced weaponry, it obliterated everything in its path.

Samantha thought that this war was very Hollywood, but a thousand times worse than what any movie could show or any writer could think up.

Samantha looked away from the beast to the soldier beside her. Rodney Connelly had discovered her talent five years into the war, and did his best to make sure that no one abused her for it. His red hair was high and tight, and his gray eyes seemed to take in everything at once as they gazed over the terrain. Sam knew that he had been in the United States military at one time, and that was because she had seen the tattoo that stretched from one shoulder blade to another. He never talked about his life prior to the war. No one did. It was just a reminder of how much everyone had already lost.

His best friend, Ioan Hillart, stood on her other side, watching the beast as it assimilated the last of their tanks into its arsenal. Ioan had rejoined their group after six years in Canada, following the rumors about some sort of secret weapon that could destroy all the monsters. Like with most rumors it was false, and Ioan quickly tracked down our group and rejoined it. He had no clue what I could do, but I was more than happy to show him.

Raising his gun, Rodney fired into what appeared to be the monster’s face. It turned, focusing all of its attention on them. Rodney protected Sam as her hands fell at her sides, fingers splayed and ridged. Her eyes widened as she opened herself up and felt the power slide from her and into the beast. Samantha felt its surprise and fear as she locked her self around the monster’s essence and got to work.

Firstly, she deactivated its weaponry. As she focused on the weaponry with her power, it started to rot. Rust developed and flaked off until the weapon was no more. The monster backed away, trying to use distance to shake her off, but it was no use. It was trapped. The rust traveled from the weaponry to the beast’s parts, flaking away until nothing was left. She felt its fear as it died, felt it as it tried to warn the others about what she could do, but she had already deactivated its communication systems. It died, and none of the others knew.

Samantha collapsed to the ground, the coarse sand absorbing the impact. She gasped for air and tasted blood. It must be another nosebleed. The bigger the monsters got, the harder it was for her to destroy them.

Samantha struggled to answer, but Rodney beat her to it.

Heather Kuehl (pronounced "keel") was born near the Great Lakes, but made her way to South Carolina where she lives to this day. For more information about Heather's published works, upcoming releases, and events visit her website; http://www.heatherkuehl.com/