Point of Whose View? 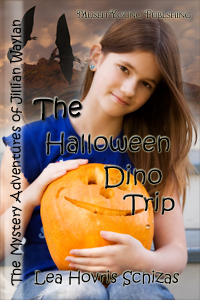 Many writers have a hard time figuring out which point of view to use in their books. Let’s break down some of these POVs to get a better understanding of them:


FIRST PERSON- this story is told through the limited point of view of your protagonist. In other words, this is your “I” story. Some of the advantages of this: you can dig deep into his/her mind, feelings…what makes them tick in other words. The disadvantage to this point of view, however, is that the first person “I” only tells the story from what he/she can see, what they are aware of in front of them. Mr. Smith waving the knife around about to attack  behind your character won’t be seen by “I” until it’s felt in his back.
THIRD PERSON: with third person point of view you are able to move along with the protagonist, hear his thoughts, see the scenery around him. You can also offer scene breaks with a different character's POV.
OMNISCIENT: you get to feel the inner feelings of several characters, describe their actions, yet a point of view a writer needs to be very careful when using. I’ve read several stories where the author jumped from one character’s head to the other, making it not only a confusing read but never allowing the reader to bond with any particular character.
For example:
Shelly couldn’t help it…she loved him. The way he looked at her, the way he touched her, everything about him appealed to her.
“Hope you like the gift,” Bruce said. He had searched everywhere for the right gift to let her know how much he loved her.
Shelly’s mom couldn’t help but feel giddy inside. She was so proud of her daughter. Finally, a man who truly cared for her daughter.
Now what’s wrong with that scene? Well, if I have to explain it then you’re probably making that omniscient mistake of using too many characters emotions within such a small passage. By jumping from one character’s head to the other, you are distancing your reader from that ‘bonding’ tie needed to connect the story and its happenings to one character at a time.
However, when used correctly, the omniscient point of view can be helpful to give various views at different times. This applies to third person POV, too. The difference is in omniscient you see what the character sees but not what they are feeling, thinking emotionally compared to third person POV where you can really dig into a character's state of mind.
Now, there’s no golden rule to say you can’t break a rule…but make sure when you break the rule the outcome makes sense.
What I have done several times to figure out which point of view to use is this:
I write the first paragraph in first then third person point of view, then analyze them both. My main objective with this exercise is to figure out which point of view tells my character’s plight better, whether the action/drama to come would better suit a third person point of view than first. I already know who my main character is so now I need to figure out the best possible way to let the reader connect with him emotionally.
In various genres, like police drama, we have an author giving us two points of view in the story; one tells us the persistent search from the detective and another may demonstrate the killer’s POV. What this does is it adds suspense. We begin to connect with both main characters, feel the sinister thinking of the killer, and root for the detective on his search.
Choosing the right point of view is important and needs to be thought out the way you blue print your story and characters. If you use the Omniscient POV, make sure to distance the switching from one character’s POV to another within a scene.
Posted by MuseItUp Publishing at 8:49 AM

That's a great idea, trying it out from diff. POV to see which works the best for your character. I can see where it might even tempt me to expand a story in a completely different (maybe even better) direction!

When I first started writing, I always wrote in first person. It's limiting so I usually changed the story to 3rd and it almost always worked better. By writing in first person first, I got into the character's head better and felt what they felt. That helped when I changed it over. I was able to write the emotion better. Now I usually write in third person right from the beginning of the story. I think I'm going to try doing it both ways on my next story. I'm too far into my WIP to try it now. Great explanation of POVs.

I read the Left Behind Series and each character had their own 1st person POV - Chapters broke up the POV's. It made it a fast read, always reading on to find out the rest of the story in so and so's POV. Of course, every chapter left a great hook. I loved that style.
Thanks for sharing your wisdom and insight, Lea - I think my favorite is Deep 3rd Person POV but, I also love reading 1st POV.

Very nice post Lea. The final copies of my stories are written in the third person but when I'm trying to get the emotions and the feel of a scene I sometimes slip into first person so I can get how the character feels.
Thanks for the POV explanation can you do tenses next? I have a bad habit of slipping into present tense sometimes. very annoying.

My novel coming out, If I Could Be Like Jennifer Taylor, is written in first person POV. But the second novel I wrote, which no one has seen, When My Life Changed, is written in third person POV. I have seen both POV's used for two different characters and in some cases for three different characters in one book. If you switch them by chapters and make sure you put the names each time your reader won't get confused. I am thinking that if I write a sequel to my first novel, I might put two different POV's into it. It's very delicate balancing the two characters' POV's and then making sure you can merge them at the end.

Good post, Lea and very informative. I hadn't realized that about omniscient POV. Of course, I've never tried it either.:)

POV--I think the omniscient POV is confusing to read, so just the right touch is necessary to make it readable. At times we authors write and write and write and then discover the numerous POV's we have included especially in a long piece. That's when the red ink flows..