Words of wisdom. Meaningful nuggets of advice. Every parent dishes them out, every child ignores them until the day they realise they’re repeating them to their own offspring. It’s the way of the world – like staring in the mirror once you reach a certain age and seeing your mother’s (or your father’s) face staring back at you.

My mother’s the one who provides the sage advice in our family, presumably thanks to all the years she spent teaching very young children. She provided me with the motto I’ve followed for a long time, and which is worth considering the next time you get into a fight with someone: ‘If you can’t be nasty nice 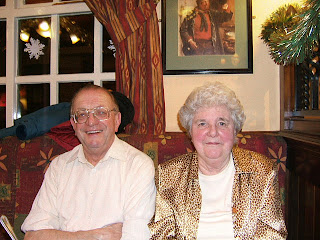 ly, don’t be nasty.’ Mind you, she did also once describe someone who she thought wasn’t particularly bright as being ‘two bricks short of a plank’. I doubt that one will catch on the same way.

My dad, meanwhile, is known among my circle of friends not so much for his advice as for his anecdotes, mostly relating to football. I’ve heard them so many times, but he can always find a new audience for his tales. I’ve seen him launch into one of his stories while we’re watching a game, break off for just long enough to yell at the referee to get a grip of proceedings, then go back to his original story without missing a beat. I keep telling him he should write them all down, because one day he won’t be around to tell them any more. Though maybe by then it’ll have become my job.

There’s a current vogue for TV shows based around the wit and wisdom of parents. William Shatner gets rave reviews for his role in $#*! My Dad Says, while in the UK, Friday Night Dinner is a sit com featuring, as the title suggests, all the silly things the scriptwriter’s family used to say at their weekly Friday night dinner. The fact these shows are so popular suggests they strike a chord – we can all point at the screen and say, “Hey, those people are just like us.” And while we might not write these little gems down and share them with the world for fun and profit, the things our parents say – the advice they offer and the loving sentiment that, whether spoken or not, is so often behind it – will remain with us even when they’ve gone.

I can remember my mother saying things, that I swore I'd never say to my children. Yet, there I was, years later, saying the very same things. I swear the first time words came out of my mouth that my mother said brought a smile to my lips. Thanks for sharing.

When I asked my mom "why" about something, she always answered "because I said so." Oh, that made me so mad, but as a mom I discovered that sometimes that is the only answer. Enjoyed your post.