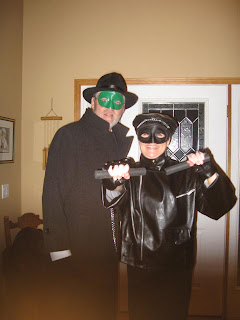 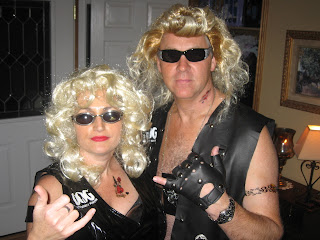 
I love Halloween! I have so many fond memories of this pagan holiday, it is hard to know where to start. Not so many years ago, before we moved away from our suburban neighborhood, and into the ‘suburban country’ (on a few acres), we use to gather at my sister in law’s house, or at our house, to indulge in comfort food dinners and adult ‘spirits’ (kids had cider). After we finalized costumes and makeup, we’d hit the neighborhoods, and dutifully watch our children trick or treat in their glutenous frenzy from the sidewalk.


Later when our children were in their hyperglycemic state, we would cringe at the bulging pillowcases of candy, and would plot to divert a large portion of the sweets, either to our own caches, or to the freezer for doling out later.


While observing our children immersed in the excesses of the holiday was a kick, I think I enjoyed decorating the house, putting spooky music on, and answering the door to screaming and giggling, princesses, ghosts, vampires, cats, etc., even more. Later after the children crashed, oh, I mean, were tucked in, I’d watch some B horror movie (couldn’t help myself) while my husband dozed on the sofa...I’m a late nighter, and he’s an early riser.


Oh, and back in the day...in my young adult years, it was all about the costume, with that sexy twist of course. In fact, as I recall, I looked darn good in that ‘dead french maid’ outfit, with the white face makeup, and black fishnet stockings... It’s funny now that the kids are older, a girl still wants to look good in her outfit. But let’s face it, we’re not twenty anymore (well a lot of us aren’t).


Nowadays, my husband and I enjoy our friend’s annual costume party. And in trying to find something original to fit the theme of the year, often times irreverent, we have had more fun than ever. The pic above was the year of television personalities... I’ll never see those ‘D’ cups again, but I won’t forgot the night when more people stared at my chest, than met my eyes...
RECIPES:


Have all the ingredients ready for mixing before starting to cook. Melt butter in large kettle or stock pot; let butter “froth” but not brown. Add vegetables and saute’ until tender. Gradually blend in flour, turning heat down slightly. Add salt and dry mustard, rolling it between your fingers to avoid lumps. Cook mixture until it begins to brown. Add chicken broth; return heat to high. Add cheeses, blend and stir constantly. Add beer. Bring to a boil for only a moment, reduce heat and serve.


Flatten, stretch into rectangle without putting hole in dough, then cut in half.


Layer salami, pepperoni and 1” strips of provolone at one longer edge, then roll up
(like a cinnamon roll/pinwheel)


*Serve with Beer Cheese Soup and Hot or Cold apple Cider
Happy Halloween everyone!
Posted by Sara Durham Writer ~ Author at 1:00 AM

Sounds like you enjoy yourselves more now that the kids are grown. Great memories and yum that soup sounds delicious.

Thanks for stopping by! Yes that soup is reaaaally good:)

I'm so glad you're still having fun with Halloween! And that soup really sounds delicious. Thanks for sharing your recipes!

The soup sounds almost as good as the obvious memories you have in making and enjoying it. Thank you for sharing your special times...certainly preps one for the holiday festivities and great costumes.

Thanks for taking the time to stop by! Yep the soup is good! In fact I think I might have to make some this Sunday:)