What I Learned From My Characters 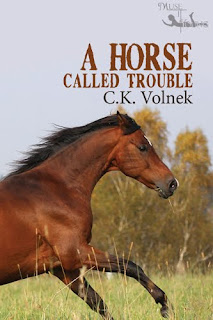 What makes a good story or novel? I’ve been taught over and over, a good book makes a reader think. It must leave them with something burning in their thoughts long after they have closed the pages. And though I love a good story-line, to me the element that keeps me reminiscing about a book is a great, memorable character.

A character can make or break a story for me. I love a character I can bond with, identify with, empathize with and root for. And I want that character to grow and learn, teaching me as I read along. And so, as you can tell, I put a lot of emphasis on my characters as I write.

Last week, I had a question regarding characters posed in one of my writing groups…

Do you ever envision yourself as the hero or heroine in your novel?

I pondered this and found my answer to be a little surprising. Being as fond of my characters as I am, I was actually surprised to find that no, I’ve never actually envisioned myself as the character. Since most of my writing is directed toward Tweens/YA, my characters are younger, but that doesn’t mean they aren’t very near and dear friends to me. They are some of my very best friends. They unfold and evolve before me, exposing their strengths and weaknesses, letting me whisper in their heads and direct them into some very scary and intrusive situations. (And yes, like many authors, some of their worst situations, I have experienced personally myself.)

It’s funny to admit though, that my characters don’t always listen to me when it comes time to ‘handle’ the situation at hand. Many times, just like my birthed children, they choose to create their own path, whether right or wrong, they do it ‘their way.’

As I continued to ponder the question from my group, I was amazed as my characters revealed just how much they have taught me as I write! I have grown by watching them withstand their trials of their story and witnessing their perseverance and resolution.

One of my favorite characters is Tara Cummings. She is the 13 year-old main character from A Horse Called Trouble. She hasn’t had an easy life. Her mother abandoned her when she was seven and she’s been passed from foster home to foster home, not wanted by anyone. She is teased and put down until she withdraws into herself, putting up walls, trusting no one.

I did not intend to put so many obstacles in front of Tara. I could, however, empathize with some of her situations. Though I was not abandoned, I did grow up as the ‘un-cool’ kid in class, the one who wore hand-me-downs and was often teased for being ‘different.’ Because of this I became introverted and reserved, yet hungry for what the others had. It wasn’t until Tara opened up to me, and I let myself open up in return, that I realized how many of those feelings of hunger and desire I still craved, and yet how I still stood in my own way to get them.

Tara was forced to address her fears and weaknesses in order to save her beloved horse, Trouble, from sure death—the very horse who taught her to open up and love and trust again. In challenging the very things that kept her chained within, she freed herself to become the person she wanted to be. I found through watching Tara’s determination and resolve that I too began to walk taller, be more involved and confident and take action to become the writer I always wanted to be. Just like Tara, I began to take pride in my own worth and found personal strength I never knew I had. I also discovered there are many people out there who love me for me. Many more than I realized since I had stayed within my own imperfect walls far too long.

So with Tara’s help, I broke many walls down and opened myself up to accept what life would throw at me. Writing with Tara became therapeutic. Even though her torment was different than mine, it allowed me to write my feelings in an anonymous way, and directed me to an outcome pleasing and satisfying to both of us.

I hope my fellow writers have a character as instrumental to them as Tara was to me. And I hope my readers will open up and allow Tara to do her magic in showing them self-worth, dignity and pride come from within and we are so much stronger than we are ever aware of.

If you’d like to find out a little more about Tara and A Horse Called Trouble please visit my web site: http://www.ckvolnek.com/a-horse-called-trouble.html .
You can watch the book trailer at: http://www.youtube.com/watch?v=KyJ1J9wESEY

Thank you for spending time with me as I discussed the importance great characters plays not only in the book, but in the life of the reader and/or writer.
C.K. Volnek
Posted by Charlie at 12:01 PM

Great post, Charlie! I think there's always a little of ourselves in our characters, but then it's fun to see how they end up being so different too!

Even characters in smaller works, like short stories and flash fiction can make show us a glimpse of introspect. Going back and reading old stories can be quite revealing.

Hi Kathy and Nina,
Thanks for stopping by and sharing in your character thoughts. You are so right that even characters in shorter stories can offer us such valuable tools to live with. Thanks again!
C.K. Volnek

Charlie, this is a wonderful post and I agree with you that I would never want to be my characters. Carolyn Samuels does change and grow and she didn't follow the path I thought she would take. Yet I would never want to be her. I wouldn't even want to be Jennifer Taylor, even though she is probably the kind of character I would most wanted to be like when I was 14. Your character Tara sounds like a very strong girl and I am planning to read A Horse Called Trouble. I think writing is a growing experience for all authors.