THE FIREBORN CHRONICLES BY MARY ANDREWS

Funny story about the first book in The Fireborn series; when I heard about the first Muse Online Conference, I had just completed book I. Since I was absolutely clueless about the publishing business, I decided to attend and learn all I could about what to do next. Like a fly on the wall, I signed up for, and attended 30 classes—anything about the business of writing or any class that was held by a publisher or editor.

Just so happened that Dindy Robinson, head of Swimming Kangaroo Publishing, was offering to critique the first 10 pages of works in progress in the class she was teaching. I think I must’ve rewritten that first chapter about 7 times so I shipped my 10 pages and she asked to see the rest. I told her it still needed one more round of editing but she asked for it anyway. Of course, I was flattered so I sent it to her and it wasn’t until she told me her editors would get back to me with a decision that I realized I had submitted it.

After we contracted, the editors realized I’d repeated chapter 9 twice so it was deemed a bit too short. (Doh!) Fortunately, I had written a couple of character  origin stories; one for Ira and one for Laynald, so I wrote one for Rael and sent them to SK. They liked them and the book became 3 short stories and a novella.

Though each book can pretty much stand alone, the series is best read from the beginning. Thank you, Lea for allowing me to post this excerpt with the others. 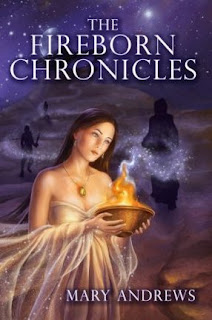 The Nemesis sat silent and still within the cool confines of Station 15's docking bay. Commander Kree, for the fifth time, studied its black hull on the view screen as if that would make something happen… it didn't. His antennae twitched, and his pod-shaped body shifted in a futile attempt to get comfortable behind this unfamiliar desk. He stood up and allowed his back plates to realign naturally before looking around the barren little room again. It was only meant to provide an antechamber for the interrogation room across from where he now stood. Kree was getting annoyed. He dropped down into the awful chair again and tried to brace himself against the desk.
This Dark Ops Team had docked over an hour ago, graced him with a brief notification to expect their operative and then nothing. He glanced at the view screen again… still nothing. They're doing this on purpose, he finally decided, that's what happens when you allow specialists to team up and write their own rules; no respect for decorum. He shifted again and considered sending for his own office chair. At least then he could be comfortable.
The intercom buzzed. "Someone's coming, Commander."
Kree looked again at the monitor and gasped. He fumbled with the screen's controls; zooming in to examine the tall, lean figure finally emerging from the dark ship. A flowing, full-length robe and hood concealed most of his features. Kree leaned toward the screen and squinted. He activated the zoom; the sleek black gauntlets of a Government Wall Master filled his screen. Kree shivered and returned the picture to its normal size. When did Dark Ops start accepting PSIonic operatives into their elite corps? he wondered, and how could anyone trust a Wall Master away from Wall security?
Kree watched the station's nervous escort try to maintain a safe distance from his charge. Busy corridors emptied at the Wall Master's approach. Kree sighed. It had been such a relief to everyone when the Universal Government had finally rounded up all the PSIons and confined them to controlled service agencies like The Wall. Kree leaned back and switched off the view screen. At least the waiting is over now, he thought. The office door chimed. Flexing his mandibles in a last attempt to compose himself, Kree tapped his claw on the desk to allow entrance.
The door whooshed open, revealing only the dark figure. Apparently, his guide had opted not to stay for niceties and had made his escape. The Agent paused at the entryway, his multifaceted eyes glittering ominously from deep within the dark hood. He briefly scanned the small room before allowing his gaze to rest on the commander. With a slight bow the stranger placed his right hand over where most humanoid hearts were supposed to be. Kree recognized the ancient and time-honored salute of service as well as the crimson flash of the agent's Dark Ops ID insignia activating across the back of his glove. All PSIonics wore gloves but only special operatives were implanted with this form of ID.
Rising, Kree motioned the Agent to enter, but kept the desk between them, unwilling to take the chance of physical contact. He had grown used to humanoids long ago but telempaths-- as rare as they were-- scared him. "Greetings Agent," he began, "I am Station Commander Kree." He tapped nervously on the desktop again and motioned toward the door across the room. The viewing portal hissed to life, revealing its lone occupant within.
The Agent allowed his hood to slide to his shoulders as he started toward the chamber door. He seemed barely in his prime, with raven black hair long enough to be tied back in corporate style, but Kree was mostly taken aback by his cold, slate blue eyes. They were crystal-like. One in ten trillion were the odds of such eyes in any species, and they always marked a rogue talent.
Kree had never seen a Wall Master in person so he watched in silence as the young man passed; finding it mildly unnerving that though this Dark Ops Agent was easily six feet tall, his movements were, somehow, fluid and unnatural, almost surreal.
The Agent halted before the antechamber's viewing portal and scrutinized its occupant: a humanoid, middle aged and slightly balding. The man in the tiny room lay tightly secured to a medical gurney, staring aimlessly at the ceiling and occasionally emitting a low and sorrowful moan.
"This man is important to peace in three solar systems," Kree finally stated from the safety of his desk. "Edward Dash, a Universal Government Ambassador First Class on an Ops assignment. Tanivol's local law found him like this in a red-light district. His ship's log claimed he was stopping for supplies, but he had just come from the Salidaco Station on Renata for repairs. That's only a couple of planets away."
The Agent spoke softly, never looking away from the door's view screen, "I know." He reached out and released the lock. "We received the reports with the assignment." As the door clicked open, he paused before it. "Allow no one to enter this room until I have left. If anything goes wrong, contact the commander of the Nemesis immediately." He stepped into the room and allowed the door to close behind him.
Kree dropped back into his seat. He could absolutely guarantee that if anything went wrong no one would enter that room. In fact, there was not enough bonus pay in the galaxy to get him in there with a Dark Ops Wall Master. He tapped the computer readout screen to replay the Agent's ID information. "Ira Haze," he spoke the name aloud, and activating the small room's surveillance cameras, he settled back to watch.

Agent Ira Haze stood with his back to the door until the room's lighting dimmed to a soft glow. Slipping off his gloves, he set them on a tabletop and calmly moved toward the man on the gurney.
Kree cringed from his vantage point, knowing full well that flesh-to-flesh contact would complete a psychic circuit between the two of them and allow an unnatural union of their minds. It was said that a Wall Master could rewrite, control and supplant a man's will to his own ends, among other things. That was why PSI operatives always wore gloves.
The ambassador whimpered and strained against his restraints, completely unaware of the Wall Master looming over him. Ira paused. His body bracing for the inevitable assault that contact would bring, he reached out and touched the ambassador's hand.
Reeling forward, the Wall Master almost collapsed upon contact. Kree shuddered again at the sight of the two locked together. It was… unnatural. The ambassador's wailing ceased. The room grew deathly silent as both men froze, suspended in mid-motion.
Kree watched them like this for a very long time.
Then, unexpectedly, the room's lighting flared, and the young agent, trembling and gasping, pulled away from the ambassador. He stumbled halfway toward the door before his legs gave way, and he dropped to his knees.
Kree reached for the com-link and called the Nemesis.

EXCERPT OF BOOK TWO IN THE SERIES COMING UP SHORTLY


Posted by MuseItUp Publishing at 4:00 AM

Interesting viewpoint. What a great setting and intriguing pair of characters you introduce.
Great work. So glad the Muse conference gave you the opportunity to get this series published.