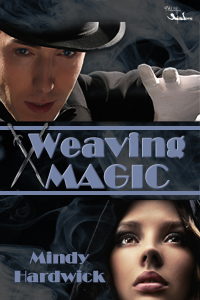 In my young adult novel, WEAVING MAGIC, main character, Shantel struggles with “how far is too far” with Christopher.  She believes him to be more experienced than her and this belief creates part of her inner conflict.

When I wrote, WEAVING MAGIC, I included three scenes where Shantel struggles with “how far to go.” Whether to have sex or not is a very real issue for teens and I wanted to acknowledge that struggle in YA romance, WEAVING MAGIC.

This scene takes place in the first third of the story. Christopher has just stopped by to return Shantel’s bracelet which she left in his truck. Shantel’s loom broke and he offers to take a look.

“Gotcha, Superstar,” Christopher said as he stood up beside me. He wrapped his arms around me the way he’d done in the bakery.
“Umpfh.” Seemed the only word I could manage.
“Shantel,” Christopher murmured.
“Mmmm.” I enjoyed the way my name sounded on his lips.
Slowly, he began to rub small circles on my back before he reached up, and cupped my chin. Lifting my face, Christopher lowered his mouth to mine and time seemed to stop. Softly at first, we moved our lips, and then, hesitantly, I parted my mine just a bit. Christopher’s tongue quickly moved inside my mouth and swirled gently. Christopher pressed his hands against my lower back and drew me closer to him.
Thinking fast about what the romance heroines did, I moved my fingers softly into his hair. The kiss deepened, and Christopher’s hands moved slowly down my sides, and then up under my shirt. I knew I should tell him to stop. We were alone in my bedroom. Dad could come home at any minute. But a part of me didn’t want him to stop. I wanted him to keep going. I wanted to see what happened.
Christopher’s fingers played with the edges of my bra. “Want to take it off?” he murmured.
In a bit of a haze, I stepped away from Christopher. I lowered my hands to the edges of my t-shirt and then froze. What was I doing?  Everything was moving so fast. So fast, I could barely think. Out of the corner of my eye, I saw myself in the mirror. My face was flushed. My shirt was askew, and I looked like I was terrified.
This wasn’t how I was supposed to look. I was supposed to look like I was enjoying it. I looked like a fright show was happening.
I stepped away from Christopher and straightened my shirt. I combed my fingers through my hair and ran my tongue over my lips. But, I couldn’t look at him. I was so confused. I wanted him to keep going. I wanted to see what it would be like to be with him. But it all seemed so out of control. And out of control was scary. When people got out of control, bad things happened. “Maybe later?” I muttered.
“Okay.” Christopher adjusted his shirt. Without looking at me he said, “I should probably get going.”
“Sure,” I mumbled. My stomach cramped. Why did he want to leave now? We could have hung out like Drew and I. We could have talked about physics. But he wanted to leave. Did that mean I just blew my chance with him? Why didn’t I let it go just a bit further? I was sure Christopher thought I was a baby for stopping. I was fifteen. Old enough not to get freaked out by a little kiss in my bedroom. I wanted to rush over to him, throw off my shirt, and tell him I’d made a mistake. Instead, I followed Christopher down the stairs and attempted to breathe.

You can buy and read more of WEAVING MAGIC at:

You handled that delicate topic beautifully, Mindy. First love means so much to so many. Always topical. I wish you much success with your book.

Thanks, Wendy! It took many, many revisions to get to the heart of that scene!

You have captured the moment well. The confusion of hormones v clear thinking. Nicely portrayed.