I hope you all had a great week last week, and that you were all safe during the Hurricane.

Today, I am returning to my series on How Author's Write. You can find my first post, with Dianne Salerni here.  This week, I welcome fellow MuseItUp author, Margaret Fieland who shares her writing process with us. 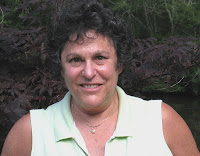 What do you write?
I write poetry and fiction. I have a tween/YA sci fi published, and a chapter book accepted for publication, due out next year.  I'm working on two more: another tween/YA sci fi, and an adult sci fi.

Do you use 1st person, 3rd person, multiple POVs?
"Relocated," my published novel, is first person. The other, "The Angry Little Boy," is third person limited  -- one POV. Of the two I'm working on editing. the  tween/ya is first person. The adult sci fi is my first multi-person POV novel. It's got five points of view: the four characters involved in the main plot relationship, and the antagonist, the bad guy in a political plot thing.

How do you get started with a book- is it an idea, a character, vary from story to story?
It varies, but generally with a character and a situation, a setting, the start and the finish. The details in the middle tend to be murky. For "Relocated," I did plan -- but most of my planning was devoted to world-bullding. I had about a page of notes on the plot, most of which make me cringe when I read them over now, and most of which went out the window once I started to write.

Do you draft quickly? Or are you more detailed in your draft?
I generally draft quickly. Then I have to go back and edit. For the multi-person novel I'm editing now, for example, I wanted to weave together two four-person relationships and an antagonist. I started it out  as a YA, first person, with the same main character as "Relocated." I also drafted another version, multi-person, sketchy, focusing on the story of the adult foursome. I got as far as a beta reader for the first person YA version. She convinced me I was telling the wrong story.

So I went back, reread both versions, and went back to the drawing board. This time I decided to focus on the four characters in the adult relationship, plus the antagonist, as POV characters. My first draft was a lot better, but I skimped on the secondary characters, and had to revise to bring them more forward. I'm pretty happy with the current version, and am down to what I really believe are final edits on it.


Do you do research before your first draft, during?
As necessary. Since I don't do a lot of planning, there will most likely be research needed as I go along. I do do some research beforehand -- for example, on desert ecologies before I started "Relocated." I ended up having to research glass blowing and ceramics for the novel later on. I researched the International Court, Native American culture, and stringed instruments, among other things, for the multi-person POV novel I'm working on now.

Do you outline? How?
I generally have the beginning, the ending, the major plot points, and some notes about scenes.

For the 2011 Nano Novel, I had about two pages of notes, with notes on scenes. I followed them for more or less the first quarter of the novel and then it took off.

Mostly, though, I can't plan in too much detail, because my characters live and breathe for me as I write them. I don't know all of what's going to happen until I write it.

As to detailed scene planning. I often play a scene out in my head before I write it, and then I write it down. If it's the first draft, I'll make notes about the next couple of scenes as well.

Do you name everything up front when you are drafting or do you leave comments for yourself to go back and fill in later so you don't lose the flow of what you are working on?
I'm not much for going back. If I really need something, I'll make a note in the MS: ** FIXME ** :
Then when I need to, I can go back and search for FIXME.

Do you work with CP's or Beta's? How soon into your draft do you let them see your work?
Both. I have a writing partner. We exchange a chapter a week. As to Beta readers, when I reach the point where I feel it needs a whole read-through and comments. How do I know that?
Good question {grin}.

What do you know now that you wish you knew when you started writing?
{grin} How to write fiction. I wrote the novel coming out next year in a weekend, then I spent the next year and a half or two years learning enough about fiction to make it into a publication-worthy novel.

But I might not have been motivated to study all that if I hadn't needed to get my novel right.

What do you have out now, or coming out? Any upcoming events? A website we can find you and your books at? A booktrailer? Anything else you want to share?

"Relocated" was published by MuseItUp Publishing this past July, and I have a blog tour starting at the end of October. I self-published "Sand in the Desert," the book of poems I wrote to go with "Relocated." Eight of the poems appear in the novel. I'm also one of the Poetic Muselings. Our poetry anthology, "Lifelines" was published in November, 2011.

It's also avail in print. Link to Lifelines Poetry Anthology: http://tinyurl.com/LifelinesPoetry
Posted by Unknown at 6:04 AM