My Writing Do's and Don't's 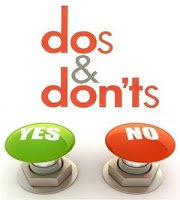 When Lea asked us to talk about our writing pet peeves I thought it should be expanded to include more than that. So I’m going to speak about the kinds of writing mistakes I see all the time as an editor and I’m also going to talk about the mistakes I have made as a writer.

First of all here are my pet peeves in writing:

This one continually makes me want to scratch out the eyes of the people who make it. I’ve seen it everywhere, including in newspaper and magazine articles and It really drives me nuts!!

These are both contractions, so there shouldn’t be any reason why people constantly confuse them with pronouns. If you think you’re comes from you are then it’s easy to write the correct spelling. If you remember they are becomes they’re then that should also be easy. If writers would only check to make sure they are not wanting to use a pronoun then this mistake might be lessened.

Second, I’ll talk about the writing mistakes I have seen as an editor. I wear two hats and I do editing for another publisher. Many writers have this mistake:

Example: He ran down the street, and found his car, and zoomed into the distance.

Many times I have seen sentences like this with the commas in the right place, but the author needs to start a new sentence. With sentences like this you as the reader can barely take a breath or think. A whole series of sentences like this, unless you want your character to sound manic or your own writing to have a manic feel to it, is unnecessary.
You can easily delete the second and by rewriting the sentence:

Just several ways to rewrite this kind of sentence.

The other problem I see a lot is using a pronoun in a confusing way. If you give the name of your character at the beginning of the paragraph and then use a pronoun throughout the rest of the paragraph, it is possible to get confused as a reader. This is especially true if you introduce another character of the same sex and so you need to make sure you are clarifying the character about whom you are talking.

The other mistake is using the word just too many times.

Using this word should be kept to a few times in your writing. Otherwise your writing becomes diluted.

So these are the three big mistakes I see in other people’s writing.

Now in the interest of honesty I will say what mistakes I have made in my writing.

Now that I see this trait in my own writing I have been able to erase it in other people’s writing as well. It’s using the word before almost every noun. So instead of saying the house, it says that the house. The way to rid your writing of this problem is to go through and see if that is really needed for meaning in the sentence. When my editor first went through my novel she told me there were too many “that’s”. She said to do a search with Find and eliminate almost all of them. I had no idea I had written so many of them and no one who had read my work before my editor had mentioned this. After I edited my own work I looked for this problem in the work of the authors I edited and many authors have this problem.:)

Starting every sentence with the character’s name only makes the reader wonder why you, the author, think they are so stupid they can’t remember the character. So only mention it if you want to differentiate between two or more characters in a conversation. Dialogue is so much better when it’s more natural. Think about speaking with someone and you don’t usually mention their name that much. 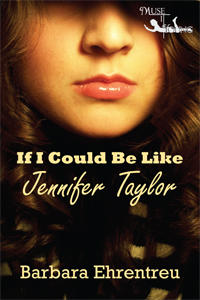 Speaking of editing, I am very pleased with both my editor, Nancy Bell, and my publisher, Lea Schizas, who made sure my novel was 100 per cent ready for my readers’ eyes. My young adult novel, If I Could Be Like Jennifer Taylor, is available on both Muse and Amazon as well as Barnes and Noble.

Now I would be interested in knowing what are your writing pet peeves. Please leave a comment and let me know. And I hope if you haven’t read my book yet, you will go ahead and see how well edited this book is.:)


Posted by Barbara Ehrentreu at 5:00 AM

Hi Barbara, Ringing of so many bells of familiarity here. As a reader of competition entries, I am constantly presented with the mistakes you highlight. I would add the universal problem with it's/its for the complete set. Also, Judy Roth was able to strengthen my prose in Mariah's Marriage so much by removing an inkwell's worth of redundant 'thats'. I'm so glad to learn I'm not the only one. Anne

Hi Anne,
Thanks for adding the it's/its duo. Yes, I had forgotten that one!! I think many new writers have the tendency to put in too many "thats'":) Glad you were able to relate to some of these.

Good post, Barbara. Can't remind folks about these errors too often. Commas are a pet peeve of mine. Let's eat Grandpa compared to Let's eat, Grandpa is one of my favorite examples. Best to you, your writing, and your editing!

Hi Barbara, my pet peeve but also my big problem is using began to start every action. I just edited my book 2 prior to sending to my editor and u think I eliminated about 50 begans. Best wishes on your book.

Loved the post. I agree there are far too many mixed-up your/you're and they're/their etc. I'm guilt of using too many 'that's and I cut out as many as I can during editing.

One day I'm going to put together a file on all the overused/mis-used words I run across during polishing time. LOL. There's probably enough to make its own book.

Ah I think I've used the word 'just' a tad too often:)

Great post Barbara, and good reminders for us all!

Thank you, Pat, Jambo, blackwoodsforest, and Sara!! I'm so glad you all enjoyed the post. You are right, Pat. We can't remind people about these writing mistakes too often!!

blackwoodsforest I love your username! I'm intrigued about its origin:)

I have a problem with too many 'but' and 'because'. Also I accidentally omit the r on the end of your so it comes out as 'I love you book'. This is happening much to often. Good peeve which can go on forever, Barbara.

Wendy, I agree with you. Too many, including myself use these words. Not having the r might cause a few misunderstandings.:) Thank you for weighing in and yes, this could go on forever. Every one seems to have a different one.:)

I just could not believe it when my editor, Karen McGrath, pointed out my overuse of just. I just never realized it. In fact I was just amazed when I went through the ms and just saw so many justs in it. LOL..So many familiar pet peeves THAT I share with you. JUST so you know, I really enoyed this post!!