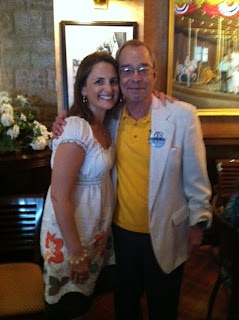 The other day, when my son and I went bowling, he typed in “Rain Man” as his name on the score machine in honor of the autistic character played by Dustin Hoffman in the well-known movie.  David, my son, is thirty-four and autistic as well as a university graduate in Mathematics.  He’s faced greater adversity than most, and in many ways, he’s my autistic hero, but the person I’d like to focus on most here is Turtan, the hero of my science-fiction romantic adventure series, Inspector of the Cross.

Thanks in part to my son’s influence, Turtan possesses at least two autistic traits many of us exhibit at one time or another in our lives.  The difference is, Turtan possesses them to an extreme extent.  The first of these traits is a single-minded, passionate dedication to a goal or rigid routine.  How many of us have been this way?  Don’t bother me now, Marge.  I’ve got to get this done!  Or more ambitiously, more patiently, more heroically, we spend two, three, four or more years putting our social lives on hold to get our degrees, to put our husbands or wives through school, twenty or more years to raise our children before we can have a life of our own that often never comes or comes too late.  You name the goal, but as heroic and patient and self-sacrificing as it is, it doesn’t compare to Turtan’s.

For Turtan has spent four thousand years sacrificing everything to help his empire, the Cross, defeat the Cen, a seemingly invincible alien enemy.  He has taken a sacred vow to do so, and by God, he meant every word and nothing will stop him.  Over the centuries, over the millennia, he travels on freeze ships in suspended animation to his next mission, investigating weapons that might turn the tide against their foe.  In the process he has left lovers and children behind and sacrificed everything time and time again for the cause even though his own leaders have betrayed him and fellow agents tell him he is crazy.  You want to talk about single-minded, passionate dedication to a goal or routine, about absolute tunnel vision?  It’s as if the man has worn blinders for four thousand years.

Is it possible Turtan is autistic?  Can an autistic individual actually function as a great hero?  After all, no two autistic people are exactly the same, and we are still just beginning to  understand autism, which needs a lot more study.  For all we know, even so-called “normal” people (let alone geniuses) may possess and exhibit serious autistic behaviors.  I suspect at times I do.

The second major autistic trait Turtan demonstrates is a difficulty with or an extreme dislike of social occasions, interactions, and customs.  In Book one of my series, Inspector of the Cross, the enemy emperor describes Turtan as “the greatest of all knights.”  Turtan surely is, but he doesn’t like speeches praising his prowess, or state dinners held in his honor.  Lord knows, don’t you even think of erecting a statue to glorify him or expect him to dress up in stiff, formal duds and engage in small talk or polite chitchat.

How many of us are like this?  We feel intensely bored and uncomfortable in unfamiliar surroundings among strangers with dainties balanced in our hands and nothing in our minds to say except we want to get the hell back to that project which means so much to us.  We just don’t know these silly, strange people or even care to.

At one time psychiatrists thought that autism was caused by distant, uncaring parents.  Today we know a great deal more, but despite our progress, our work has just begun, especially as it relates to the prevention and treatment of this complex spectrum of disorders.

Inspector of the Cross is available at Muse It Up Bookstore:


About John: A retired English professor, he has published 300 stories in Writers on the Wrong Side of the Road, Weird Tales, Whitley Strieber's Aliens, Galaxy, The Age of Wonders, etc. He’s also published twenty books, including SF novels such as Beyond Those Distant Stars and Speaker of the Shakk (Mundania Press), and Alien Dreams and A Senseless Act of Beauty (Crossroad Press).  MuseItUp Publishing released three SF novels: Dark Wizard; Dax Rigby, War Correspondent; Inspector of the Cross.  Kingdom of the Jax, a sequel to Inspector of the Cross, will be published in May 2013.  MuseItUp has also published The Blue of Her Hair, the Gold of Her Eyes (winner of Preditors and Editors Annual Readers Poll), More Stately Mansions, and the dark erotic thrillers Steam Heat and Wet Dreams.  Two of John’s major themes are the endless mind-stretching wonders of the universe and the limitless possibilities of transformation—sexual, cosmic, and otherwise.

I'm the author, and I'm commenting. Leave a comment here and give me the title of the novel that was a major influence on INSPECTOR OF THE CROSS and you enter a drawing for a free e-copy. HINT: the title of the novel can be found on the buy page which the link on this page takes you to. The winner will be selected by random drawing from those responding to this question. If only one person responds with the correct answer then he or she is the winner. The correct answer is right on the page, folks. If you don't know it for sure, all you have to do is recognize it. You have until Midnight, April 23 to enter!

I've read many of your books, and I would agree with the statement regarding your work as an exploration of "the limitless possibilities of transformation."

Interesting tie-in with autism. You must be very proud.

I've read most of John's books. INSPECTOR OF THE CROSS is a special favorite of mine. These days we need more heroes like Turtan, or John's son, or John himself.

Interesting information about autism. It sounds as if we might all be touch by the condition at varying degrees. You sure have written a lot. Glad to be able to call myself your Muse sister. Good luck with your May release.

Coming in late...and for once your editor has no words, John. HUGS