Everyone needs to matter whether we admit it or not. And we need to matter to someone.  Most of the time we do matter. If some people don’t know it, it might be because they are too centred on self to notice.  Sometimes it’s necessary to show others they matter to us, in order to remove our own blinkers. This is one of the themes I explored in the YA Historical adventure The Unhewn Stone. 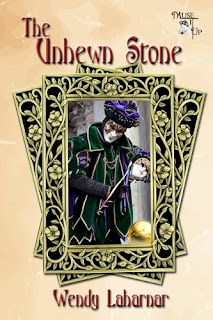 Stefan, my Swiss protagonist, wants desperately to matter to the popular girl, Ursula. He dresses as St Nikolas to entertain the locals at the Winter Solstice, which happens to be his birthday, and hopes the costume will hide his disfigurement and make him more attractive to this dark haired beauty.  He asks his grandfather,


“Ääni, do you think, in this disguise, it’ll be easier to talk to Ursula Novak? I can be myself when I’m hidden.”


Ääni shook his head. “You don’t need to hide your scar behind a cotton wool beard to sweet talk that little she-bear. She sees no one but herself. Don’t lose your identity, Stefan, not for her or anyone.”

When he is surrounded by the crowd of villagers, all cheering him on while he blows out the eighteen candles on the guitar-shaped birthday cake his mother made for him, he reacts with hopelessness.


“Be careful what you wish for,” Ääni whispered close to his ear.


Stefan wanted to be someone, a whole person, not just an unfortunate entertainer, but that would never happen, so he wished for the in Mallier’s window. He imagined Ursula, her arms around his waist, her head against his back, while they rode to Luzern and the city lights.

When he is transported back to the 14th century, his ancestors don’t appreciate him the way he expects them to. His ‘uncle’ the tyrant Hermann Gessler demands Stefan replace his peculiar 21st century clothes with more suitable attire. The young nobleman, Rolf, offers him a bundle of clothes so that Stefan will belong in their era. Stefan refuses.


Rolf groaned. “Honour the simple request of my father.”


“I won’t wear their clothes.”


“I am offering you mine. Fear not, Vetter, this is for your good. Do you wish to be accepted and protected during your stay with us?”


Stefan thought before answering. Rolf’s ‘Vetter’ shocked and pleased him. The archaic form of ‘cousin’ was acknowledgement. “Sure I want acceptance. But for who I am, not for the clothes I wear. They shouldn’t make any difference.”


“In your case they do, Stefan Gessler. Strangers are frowned upon here, especially strangers as strange as you.”

Later, in the room belonging to the other Stefan Gessler, Rolf asks a
pointed question.


“Where you dwell, do you matter to someone?”


A sudden gust of wind chilled the air and disturbed the curtain. It stung Stefan’s face.


“What a stupid question. It’s none of your business.”


“I thought not. I intrude.” Rolf lifted the lid of the trunk. “Behold, Stefan Gessler!”

Stefan’s pride and arrogance holds him back. But when he faces reality and thinks of other people’s feeling, he begins to realize he does matter. E.g when in the secret passage below Küssnacht castle:


If he [Stefan] turned back, Rolf would remain a prisoner, condemned in the eyes of his people for conspiracy against his father, with no chance to clear himself. And what about himself? Der Harras would recapture him and God knew what medieval torture he’d use now Stefan had proved himself a warlock in front of the guards. He bit the apple and let an old fear gnaw at him. He might never exist; never leave an impact on anyone. He’d be a nothing. Stop it! Look beyond the finish line. He carried the key to release Rolf. Right here and now he could make a difference. Press on. 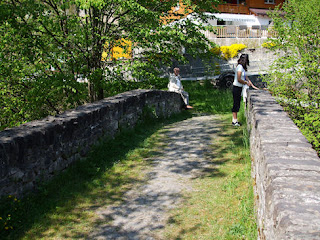 Places, too,  create a bond with someone, even when we are apart. How often do we visit the grave of a loved one or sit in a particular spot we shared with someone who is away.
In the 21st century, Stefan had a favourite place, a huge rocky outcrop he called the ‘Tower’.  He shared it will friends he undervalued, but found solace there with his dog.

He climbed over the rocks with a skill mastered over the years in spite of his lame right leg. He settled on the halfway ledge. This place would always belong to him and Spitz, the scruffy old dog, and the boy who played raw, immature, energetic music. They had found refuge here, safety from ridicule and embarrassment, freedom to dream their dreams and to make mistakes. Here Stefan allowed himself to be happily imperfect.

In the 14th century Rolf had the same rocky outcrop. He called it the ‘Citadel’.

“You frightened the humours out of me when you appeared at the Citadel. My uncle and I were fond of the strange megalith.”

Whenever we connect with people in a positive way, we matter...
to them and them to us. It might be fleetingly or over a long time.
Stefan missed one opportunity which was to affected him for much of
his 'journey'.
They shared the chairlift down with an elderly man in a tweed jacket and Ferrari cap and a young girl, probably his granddaughter. She fiddled with the ends of a long red scarf that hung loose under her grey coat collar. From their sodden shoes and foreign speech, they didn’t belong here. Stefan wanted to tell them he had just buried his dog and to show them the strange gold ball, but a deformed innkeeper’s son shouldn’t approach tourists. Sad how lives touch but don’t connect.
Shared experiences create a bond which secures a relationship
over time. 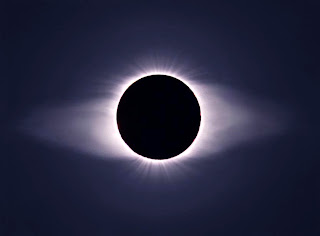 Stefan and Rolf share the experience of a solar eclipse which Rolf
believed was the angry eye of God, until Stefan explains.
Rolf is awed:


“Wunderbar! We shall share this miracle for a lifetime.” Rolf mounted the roan.


“More than one lifetime,” Stefan added with a sense of sadness. If he succeeded in reproducing the orb, he’d break their bond. Time would separate them forever. He reached across and squeezed Rolf’s arm.

Items too, especially gifts, show us we matter.  We give and
receive and value the love and friendship behind them. 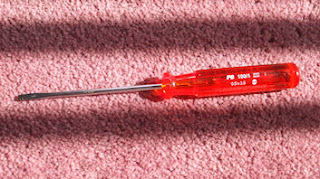 ﻿
Stefan brought several items with him into the 14th century and his
‘things’ were a link to home. It wasn’t until he gave them away he
realized their true worth and really knew he mattered.

He’d given away all his precious links to home. Only Ääni’s PB100 remained in the pouch the sibyl had snatched at the Raathüüs and left as her calling card in Wilhelm Tell’s wooden trunk. With each gift, Stefan had flaked off a part of his twenty-first century self that would stay in the fourteenth century long after he left it.

The knowledge we are important in someone's life, for most of us, comes naturally, but for others, they need us to reach out to them. We can offer the gift of our smile. When they return it, they begin to look outside themselves. 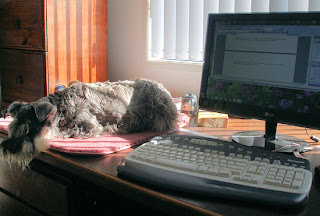 I just let Spitzli onto my desk to let her know she matters to me. As if she doesn’t know already. Her staying there is enough for me to know I matter to her.


Wendy belongs at MuseItUp Publishing.
at her website - My Imagination and blog
like her Facebook page
and join her on Twitter.
The Unhewn Stone can be found in the MuseItUp Bookstore
on Amazon and most other online bookstores.
Posted by Wendy at 12:13 AM

Email ThisBlogThis!Share to TwitterShare to FacebookShare to Pinterest
Labels: caring, Muse It Up Publishing, pride, self worth, Switzerland, The Unhewn Stone, YA Historical

Of course you matter, Wendy! :) Great post. Stefan's character shines through your quotes. He does have a hard time back in the 14c. His growth and developing maturity make such a wonderful story.
Love the photo of Spitzli! She is gorgeous.

Thanks Rosalie,
yes, poor Stefan. Pride did come before a fall, often, but he always managed to pick himself up.

Glad you like the pic with Spitzli. She is on my knee at this very moment, wriggling around into a comfortable position. Soon she'll be breathing, heavily. There, I told you. Its a combination snort and snore. She's asleep. It only took seconds.

Belonging is a very important theme. Sometimes, we are important to one another without realizing the depth of it. I shall always be grateful for our belonging to one another, even though we've never met in person.

Thank you LJ, and you matter to me too and to many other people who benefit from your book reviews and wonderful crochet donations. One who has such a generous spirit will always matter to many.

What a great post.
Love the picture of Spitzli too.

Hi Tammy, You being here and your opinion matters to me. :) Thank you.

Just thinking of all the people that matter to me, makes me teary. I've become such an old wooz.

You made me smile Joylene. That's lovely and you are important to so many loved ones, and readers as well, through your novels. I'll get misty with you :)