Dear Reader, Ever wonder what it’s like to be on the other side of the page? No, not one of the characters, but the poor harried author who is trying to keep her characters on the path she envisions for them. That’s me—the poor harried writer. I start out with an idea of how the story is going to unfold and my characters introduce themselves to me. I guess I’m more of a pantser than a planner. My plots can change direction at any moment and sometimes surprise characters pop in when I least expect it. When I began Laurel’s Miracle the only thing I knew for sure was that my little southern Alberta girl was going to go and live in Cornwall, UK and figure out a riddle that would take her along the Mary/Michael ley line. So I sat myself down and started writing. Laurel presented herself pretty quickly and Coll (pronounced Kawl) showed up soon after. I needed a villain, so Stewart was nice enough to come by with his gang of cronies. 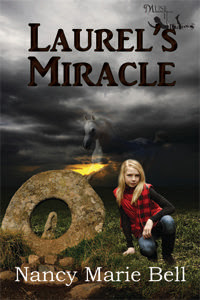 At this point I had no idea who the other characters were going to be. I had to stop often to research a ton of things. What is the difference between an earth energy line and a ley line? Is there more than one line of energy and if so do they interact with each other? What kinds of mystical creatures are associated with Cornwall? Out of these questions Vear Dhu the Selkie was born, along with Gwin Scawen the Cornish Piskie and Morgawr the sea monster. Of course there has to be horses in the story, I don’t think I can write without having a horse in the mix somewhere. The characters of Aisling (Ashleen), Gort, Sarie and Emily are all connected to Coll in some way so they were easy to work into the web of the story. The character of Gort was a bit of a surprise though, I had no intention of dealing with abuse when I started the story, it was to be about Laurel’s quest to save her mother’s life if she could. But Gort took on a life of his own as did his Uncle Daniel (another villain who presented himself unasked for). Gort’s story became so important that I continued his search for himself (his name is associated with the Ivy in the tree ogham and the Ivy represents the ‘search for self’) in the second book in the Cornwall Adventures- A Step Sideways. 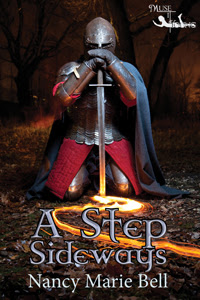 When the quest for the answer to the riddle took them to the Cheesewring on Stowes Hill on Bodmin Moor I needed to get Vear Dhu there to give Laurel the talisman she would need later in the story and Morgawr was born. He’s a sea monster with a sense of humour and he can fly. Yes, fly…he needs to bet Vear Dhu from the coast near Sennen Cove to Bodmin Moor so he flies him there. I’ve been asked why I made him able to fly and I guess the only answer is because he wanted to and I have the power to give him that gift. I needed Laurel and her friends to figure out what One plus None plus One meant. So Belerion the Fire Salamander appeared in Sarie’s hearth. I had no warning of that one, I was busily writing away with Laurel and Aisling trying to figure out the clue when *poof* there in the fire are two brilliant blue eyes and a cute very polite Fire elemental is sitting on the log waiting to be noticed. Belerion is actually one of my favorite characters in the book. There were some other surprises for me, which is odd when you think about it. I’m supposed to be the creator of this story, but it was more like the story and the characters were just using me as a conduit to present themselves to the readers who are meant to find Laurel’s Miracle in their hands. I can’t honestly say I created my heroine or hero, they just introduced themselves to me as my fingers raced over the keyboard trying to keep up with them. I honestly feel like I discovered more and more about them as the story progressed but I never thought I was ‘creating’ them at all. They sprang to life on the page already full bodied and full of secrets which they shared as we went along. Laurel’s Miracle took over a year to write, much of that time spent in doing research. It came at a time in my life I sorely needed a ‘project’ and so I can honestly say Laurel’s Miracle wrought a miracle in my life as well. I am currently working on a prequel to Laurel’s Miracle called Arabella’s Secret. During the course of Laurel’s Miracle there are other story lines woven through it. One of them is an old love story with threads that reach into the present, Arabella’s Secret tells part of the old secret love. So many mysteries, so many secrets…. I can’t wait to get back to working on it and see what other characters are waiting patiently to present themselves to my keyboard and join in the fun. I hope I’ve managed to impart a bit of the magic that I feel when I write. It’s like connecting to a whole other world where magic and mystery walk in the light of day and it’s easy to believe in miracles. If you visit my website at www.nancymbell.ca there is some information on the meaning behind the names of my characters and about earth energy and ley lines as well as my other books. You can follow me on Twitter @emilypikkasso and on Facebook at Author Nancy M Bell https://www.facebook.com/NancyMBell You can find Laurel’s Miracle and my other books at https://museituppublishing.com/bookstore2/index.php and of course on Amazon, Barnes and Noble and other book sellers. My blog is Come Walk With Me, and I seriously need to pay more attention to it. But please drop by and see what I’m all about. http://nancymariebell.blogspot.ca/ I do hope you have enjoyed the brief glimpse into the crazy world of bringing a story to life, so many times it takes on a personality of its own and wakes me up in the middle of the night to get down the next part of the tale. And no, it is not possible to ignore the voice of your Muse when it shakes you awake at 2 in the morning telling you to get up and get this down now. Cheers, happy reading, happy writing! Cornwall photos courtesy of Frances Watt 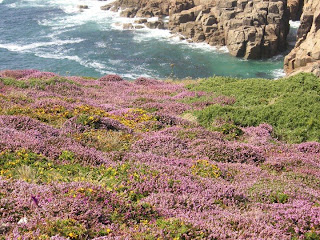 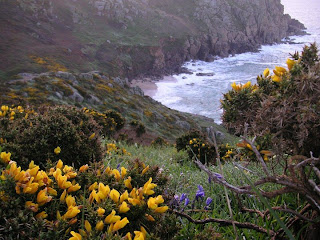 Can't wait to read these.

Hi Nancy, Lovely post. It was magical, in every way! Cornwall is such an inspiring part of the world to write about, and full of mystery. Your books sound fun to write as well as read!

Hi Nancy, Lovely post. It was magical, in every way! Cornwall is such an inspiring part of the world to write about, and full of mystery. Your books sound fun to write as well as read!

Hi Nancy, our characters really do lead us on a merry chase. Your writings sounds full of fun and adventure.