Reading Saved Me: A Travel Map to Acceptance

“Tomorrow, we’re wearing just our slips to school. If you want to be in our secret club, you have to come to school wearing only your slip, no dress,” my new fifth-grade classmate said, her eyes shifting back to the other girls standing behind her.
I mean, really! Who would believe this, even for a moment? But, I was naïve, gullible, and in a totally foreign environment. Luckily, after some disastrous interactions earlier in the week, my first-ever full-time week in an American elementary school, I was already on alert. Some basic instinct kicked in, and it slowly dawned on me that they might be bullying me, so, even though I longed desperately to be in their secret club, I did wear a dress over my slip the next day. Just imagine!
Update: I had been dropped down unceremoniously by my sweet, but equally-clueless, parents into a brand-new culture, nominally my “passport country,” with very little armor, but at least a dress to wear over my slip. This being decades ago (yes, I am that old — and yes, it still does seem like yesterday!), none of the kids in my school spoke more than one language, nor had any of them lived anywhere but in the U.S. for their entire lives. Because I pretty much looked like everyone else, (except for the very wrong European clothes, shoes, and haircut), I was expected to act like everyone else, which was so not happening. I had never dialed a phone, had never owned a TV, had no idea what a 45 rpm record was, was used to being driven around in a car with little American flags flying on the hood, and politely greeted every single person I saw, kid or adult, with a “Good morning,” or “Good afternoon.” Instant social death ensued! Being the quintessential “Third Culture Kid” (you can google this), I was totally different from everyone I knew – and did they ever know it. Not only was I in shock, but, honestly, they probably were, too.
Reading saved me. At first, it was my familiar European history books (you can whisper, “Nerd!” here). All my life, I’d seen castles and palazzos on a daily basis, so it was reassuring to read about the people who had lived in them, had fought their battles, and had come out unscathed on the other side. H.E. Marshall’s OUR ISLAND STORY still delights me today with the vivid stories from the history of the British Empire. 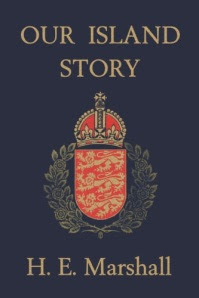 EL CID CAMPEADOR by Ramon Menendez Pidal was another favorite, and the story of the young cid and his adventures inspired me to tackle great obstacles. MARY POPPINS and MARY POPPINS IN THE PARK by P.L. Travers, recommended by our UK counterpart diplomatic families, soothed me with familiar settings of nannies and kids involved in their own worlds and entertained me with fantastical, whimsical humor and “Spit-spot, off to bed you go.” 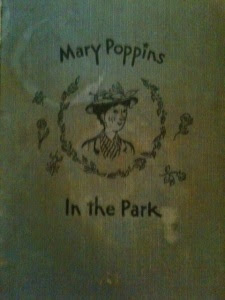 MISTRESS MASHAM’S REPOSE by T.H. White transported me to the dilapidated palace of Malplaquet in England, with intrepid ten-year-old Maria trying to save her Lilliputians, a book I reviewed on June 14th’s Nerdy Book Club. 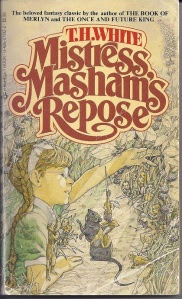 THE MYSTERY OF MONT SAINT-MICHEL by Michel Rouze enthralled me with its danger, mystery, and the resourcefulness of the young main characters, trapped by the tides in the ancient, magnificent abbey off the French coast. 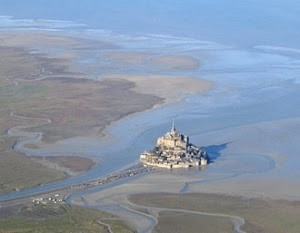 Little by little, my reading life travel map was leading me through history and into the present day, although I admit it was still too heavily-vested in my European background.
As I began to settle tentatively into my new American existence, my reading journey expanded into books by American authors. My grandmother introduced me to the LITTLE COLONEL series by Annie Fellows Johnston, and the very Southern, and thus alien (!), setting enlarged my horizons once again, and I rejoiced with the Little Colonel at each step forward on her “Road of the Loving Heart.” 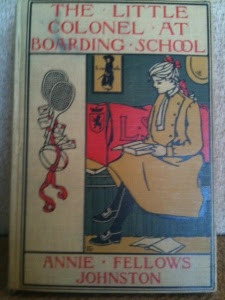 LITTLE WOMEN by Louisa May Alcott was another eye-opener for this newbie to American culture, and Jo endeared herself to me with her spirit, as I soaked up the American cultural references to daily living in the past. HITTY, HER FIRST HUNDRED YEARS, by Rachel Field, gave me a deeper historical understanding of my “new” country, and I read it over and over again. 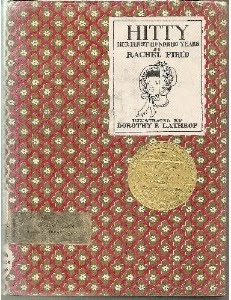 Helen Wells’s CHERRY AMES, NURSE series engaged me with the main character’s all-American resilience, the girl who let nothing stand in her way.
Finally, Carolyn Keene’s NANCY DREW series and Nancy’s take-charge, no-nonsense attitude thrilled me, and I thought there could be no better goal than to solve mysteries no one else could. (If any of my editors are reading this, I hope they feel free to smile, since, as they well know, how to make revisions in my manuscripts has always been a big mystery for me to solve!)
Keeping my nose in a book helped bridge the chasm between my old life and my new existence, and reading about young, strong main characters enabled me to put those bullies in perspective. I am deeply grateful to those authors who spoke so clearly to my heart from the printed page, assuring me that, yes, I could make it in this new world.
The reading life and its travel map for my journey saved me, and as you might guess, reading continues to be a major part of my life to this day, as it most likely is for you who are reading these Nerdy Book Club posts. Just in case you’re wondering, although my family and friends assure me I am still naïve and gullible, I have yet to wear only a slip anywhere!
With her latest middle grade/tween novel TIME OF HONOR (MuseItUp Publishing) featuring a prep school debater catapulted into the middle ages to prevent a murder, Margo Sorenson continues to draw on her life’s experiences to write her twenty-eight books for young readers. A Minnesota Book Award Finalist in YA Fiction and Milken National Educator Award recipient, Margo can be found at www.margosorenson.com and on Twitter as @ipapaverison.
Posted by Margo at 4:12 PM

Hi Margo, I enjoyed your story. I can't imagine what you went through in that first American school. I was a loner in elementary school because I walked funny and got made fun of a lot.

I read everything I could get my hands on, including those wonderful Nancy Drew books.

Congratulations on your writing success. I'm still on book number one that Muse will publish in August.

Margo, I love the way you assembled your post beginning with such a catchy anecdote followed by your reading travel map. With your background, it is hardly surprising you found acceptance and also had 28 books accepted. Wow. Good on you! :)