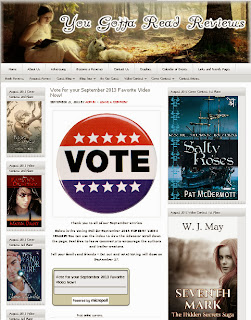 If you've a moment, my video for romantic thriller Dark Interlude is on Yougottareads this month. I'm canvassing for votes among my fellow Muses!

Just go to this link - http://yougottaread.com/category/video-contest/

Then scroll down below the red and blue voting button until you come to the numbered list. Click on #5 if you'd like to vote for Dark Interlude. You can see the video here - http://yougottaread.com/september-entry-5-dark-interlude/

It's a romantic adventure set after Armistice Day, 1918, when dark forces are at work ... and revolution is in the air. 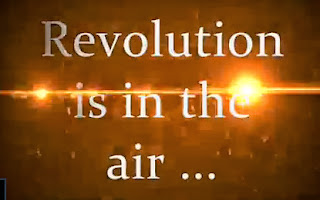 Voting is open from today, 21 September (my 28th wedding anniversary, by the way) until 27 September.

Thanks so much,
Pam

Other links:
Find Pam on Twitter and Facebook; or visit her author website and blog. Orchidmania is a blog for orchid fans.
Posted by Pam Kelt at 5:46 AM 0 comments

One Day
One more day: Brandan and Joachim are knocking on the door, be ready to answer and let them in. In the meantime check out Aoife Marie Sheridan blog where I am featured today. http://aoifesheri.wordpress.com/2013/09/18/spotlight-for-palace-of-the-three-crosses-by-author-christina-weigand/

Also check out my author page and the trailer: https://museituppublishing.com/bookstore/index.php/our-authors/73-our-authors/authors-w/153-author-11455

http://youtu.be/DmhdCesuOJ8
Posted by chris weigand at 11:14 AM 0 comments 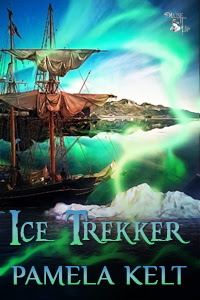 It's an exciting adventure featuring myths, monsters and mayhem ... set in the icy wastes of Krønagar.

So, what's it all about?

Blackfrost, their last source of fuel, is running out. Food is scarce, jobs are hard to find, and worse … the greedy Minax under evil Empress Koya are threatening to invade from the south.

For the sake of his family, young Midge leaves his cosy home in search of a job and treks north to the mysterious icy wastes of Krønagar.

Set upon by Minax thieves, he misses out on his dream of working on the king’s new flagship, ending up as dogsbody on the Ice Trekker, a shabby cargo vessel that runs into trouble from the start, nearly capsized by an enemy vessel heading in the same direction …

Despite evil omens in the sky, monsters from the deep, desperate battles on land and sea, treachery on board and a constant struggle against the worsening weather, the crew presses on. Midge finds hidden strengths and learns to use every trick up his sleeve to survive.

But the Ice Trekker crew are not what they seem, and it’s not long before Midge is caught up on a suspicious, and desperate mission in uncharted Krønagar with the treacherous Minax on their tail …

Here's a short extract. A strange monster in the deep threatens Midge and the crew as they dodge the Minax ship ...


A few feet away, a giant pointed fin punctured the surface, and then another, and another. A silver spiked tail, the size of a main sail flicked the hull. A horrible tapering head lurched right out of the water, and monstrous jaws, lined with rows of dandelion yellow teeth, snapped at the air. Pairs of treacly black eyes glared right at him as scores of horrible sea creatures powered toward them, mouths open.

Midge gaped at bristling spines and vicious fangs writhing in the water, each fang almost as long as the Ice Trekker itself.

“Spinos?” he shouted, wondering if these monsters had eaten his pa, which is why he’d never come back.

“What are they?”
“Spiny Pernicious Inter-Noculated Obsidian-Crested Extra-Rhinocerated Serpents.” As she spoke, she lashed down the water barrels with expert hands.

“Sea lizards, you idiot,” bellowed Kala over the rushing noise of water churning with feverish activity. “They’re scavengers. They go mad for scraps. The Minax did this on purpose to bring them to the surface! They’ll eat anything. Oh-oh.”

Midge followed her gaze and saw the Solvestia lurch to one side. He saw the uniformed crew dash about, pulling ropes and adjusting sails. With a horrible crunch, another creature flung itself upward, to rip a piece out of the flagship’s hull. Wood splintered as the vessel tilted further and slid down into the churning foam. A whistle sounded. A scattering of lifeboats dropped overboard. The crew members poured in, without a hint of panic. Working fast, the crew pulled at the oars. The swell flung the tiny craft about in the choppy waters. Marksmen wedged themselves fore and aft in each boat, gripping lightweight harpoons. They aimed and fired every few seconds at any hungry sea lizard foolish enough to get too near. After firing, they reloaded right away.

“They’ve sailed into a trap. We must help,” cried Midge, straining at his rope.

It seemed to be getting dark. Midge peered into the sky where thousands upon thousands of chalk-white herring Aurgels streamed in tight V-formation toward the wake of the Soka Lenna, yellow eyes fixed. They soon caught up with grey trail of dirty smoke pouring from the ship’s funnel.

From the opposite direction, a matching dark cloud of black Fetletts swarmed in, claws outstretched in attack position, and soon the air was rent by terrible shrieking as black and white feathers fluttered down. In a battle of the air, the winged rivals pecked and dived and swooped at each other for the last scraps of rotting cabbage, screaming and squawking, while wings and whole corpses splashed into the waters, causing a frenzy below.

Midge turned back to what was happening to the flagship. “There’s someone still on board!” He pointed to a neat figure standing motionless on the prow. A glint of metal shone at his chest—his admiral’s badge. 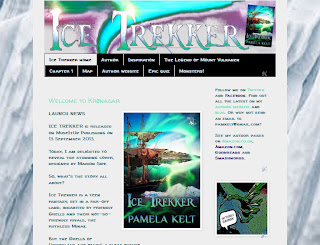 Rosalie was my first editor at MuseItup - on Ice Trekker. It was such a great experience, and not at all scary. 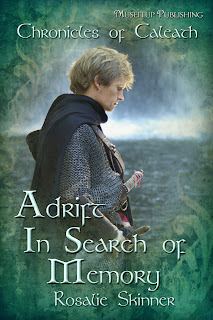 Now she's my guest of honour, discussing her own new seafaring venture in the wonderful Chronicles of Caleath series. 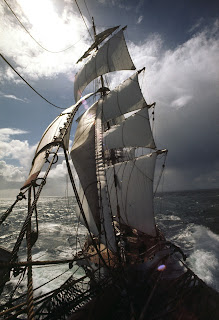 Do please drop by and find out her latest news. The photos are fabulous, too. http://pamkelt.blogspot.co.uk/ 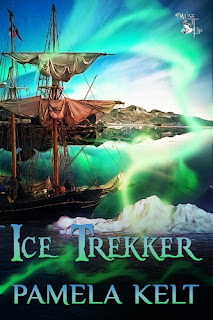 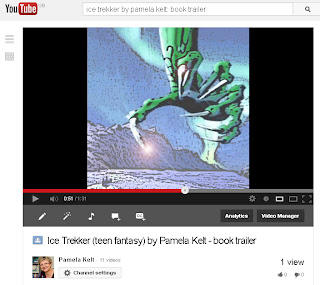 Read the inspiration behind the story
Posted by Pam Kelt at 6:56 AM 0 comments

Palace of the Three Crosses

Drumroll please. Here it is the trailer for the Palace of the Three Crosses. Also go over and check out http://blackwords-whitepagesteenya.blogspot.com/2013/09/palace-of-three-crosses-cover-reveal.html for the cover reveal.