I've been a fan of 'film noir' ever since I raided my father's bookcases in my teens. While my friends were reading light romances, I devoured every single Raymond Chandler and Dashiell Hammett I could lay my hands on.

Many of my peers 'discovered' Bogart at University, but Casablanca had been my favourite film for years. 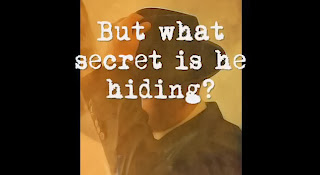 When I decided to write a Norwegian-based thriller, it was an easy decision to go back to the 1930s. And so Half Life was created. It's a film noir-inspired 1930s romantic thriller, co-written with my husband Rob Deeth (who's a professor of inorganic computational chemistry). Nefarious Nazis, northern lights, nuclear fission ... and cyclotrons!

It took a good deal of research: online and off. However, the most fun was unearthing a whole swathe of movies from the period that rarely get shown on television. The best of the lot is Dark Journey, with the magnificently brooding Conrad Veidt. Tension, humour, sinister encounters, subterfuge and glittering glamour. 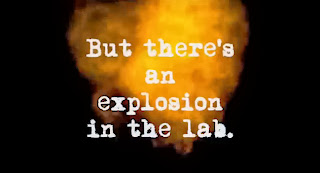 When it came to doing a video trailer for Half Life, I thought it might be fun to create a mini film noir for myself. To start with, I spent many a happy hour watching this and other titles for inspiration. There were so many, I’ve got a list for rainy days. Wonderful.

The choice of music was critical. It required sweeping orchestral ‘film noir’ music, and I found just the thing courtesy of Kevin MacLeod and his Incompetech.com site. It’s called ‘Our story begins’, which works well, considering we’re already working on the sequel, when Dulcie Bennett and John Kirkwall travel to the heart of the Nazi power-base in 1937. 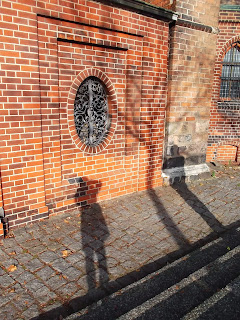 (In fact, we’re just back from a trip to Berlin where we mooched about, taking a gazillion photos and throwing ideas back and forth, much to the bemusement of the locals. Although some parts of Berlin are being modernised, there are still quite a few dark alleys and looming architecture that made us feel as though we’d stepped back in time to the 1930s.)

Back to the video. I wanted to mix stills with moving images, and found a treasure trove of footage on Archive.org, which worked with some sneaky pruning. Finally, I needed some radio static to simulate an old wireless. Thank goodness for Audacity, the free audio software. That section alone took HOURS. It was so much fun, I lost track of time, and I like to think it was worth it.

I’m thrilled to say it’s been selected for voting in the Yougottaread November trailer contest. Do take a look. Just click here to vote.
http://yougottaread.com/category/video-contest/

PS For true ‘film noir’ fans, the following titles are available on Youtube if you fancy a shadowy trip down a very sinister memory lane: Dark Journey; The 39 Steps; The Silver Fleet; The Lady Vanishes; Night Train to Munich; Cottage to Let; Miss V From Moscow and Lady from Chungking. Some are also listed for download on http://archive.org.
Posted by Pam Kelt at 11:23 AM