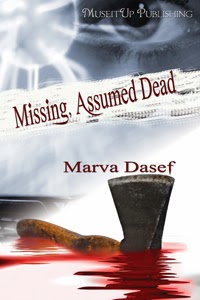 When Kameron McBride receives notice she's the only living relative of a missing man she's never even heard of, the last thing she wants to do is head to some half-baked Oregon town to settle his affairs. Her suspicions rise when the probate Judge isn't really a judge and tries too hard to buy the dead man's worthless property. Kam probes deeper into the town's secrets and finds almost no one she can trust. She must find out what really happened to her dead relative before someone in this backward little town sends her to join him.

And she thought Oregon was going to be boring.

Whose Point of View Is It Anyway?

When writing in third person, an author has the option of sticking closely to a single character or to allow several characters to share in the story telling. I like third person because it gives me the flexibility of showing actions which didn't happen when the main character is present. I could have another character traipse over to the MC and tell her about what happened OR I can change point of view to the other character in the past or current timeline to show the event.

Many writers present their story from multiple points of view. If they've learned their craft, they've carefully not mixed up POVs in the same paragraph or within a single scene. To change point of view, a scene or chapter break makes clear just which character's head we're in.

In my mystery, "Missing, Assumed Dead," (July 29, MIU), several characters need to tell the main character, Kam McBride, what had happened in the past (a flashback). To avoid simple telling, I switched to the other character's POV. I delineated these flashbacks into scenes, and even made them italic to set them off from the narrative.

The fun part is that the characters are sometimes relating the same incident to Kam, but each one has a slightly different view of the events, usually making themselves a bit more heroic than the other people in the same scene. This allows the reader to be suspect of the truthfulness of the characters.

Confused? Don't be. Read my book and you'll see the technique allows the author to show rather than tell. It's not my original idea. That's why it already has a name, Rashomon Effect, in honor of the great Samurai movie of the 50s.

In the film, an incident occurs, and the film maker presents it four times, each from a different character's POV. Needless to say, the versions of the events vary, sometimes wildly, from each other. By the end of the story, you still don't know exactly what happened since none of the characters can be fully believed.

In addition to the contradictory retelling of the events by the different characters in "Missing, Assumed Dead," there are two additional flashbacks. By the time they appear in the book, I hope the reader will be looking at everyone with suspicion.

The Rashomon effect illustrates the subjectivity of perception on recollection, by which observers of an event are able to produce substantially different but equally plausible accounts of it. As any detective will tell you, the eyewitness is the worst witness of all. If you have more than one eyewitness to a crime, then the confusion is worsened. Or it can be. Sometimes one of the witnesses will actually be telling the unvarnished truth, but will we ever know for sure? Maybe these days camera phones will be the best possible witnesses.

The following two excerpts show the same scene but from the point of view of each character.

At three o’clock, Ray flipped the sign to ‘Closed’ and locked the Jack and Jill’s door behind him. He walked the block to the two-story brick building that housed the police station and courthouse. George liked to wear the badge on his khaki shirt and strap his pistol belt around his paunch. Ray shrugged. He didn’t care if George wanted to pretend to be the law as long as he took on the duties as best he could.
Ray went up the three steps into the Courthouse and turned left into George’s office. The self-appointed police chief sat behind his desk with his boots propped up on it. He raised his eyes from the Zane Grey novel he’d been reading.

George swung his legs off his desk and thumped his boots on the floor. “Well, I s’pose this
fits under the category of law enforcement.”

Ray suppressed a smirk. “That’s what I thought. Somebody official should do the checkin’, and that’d be you.”

“I’d be happy to do my duty, Ray. I’ll head out that way tomorrow morning. He prob’ly just got tired of your burnt burgers.” George leaned back in his chair and put his feet back up on the desk “When I get back with the good news he just didn’t want to come to town, I’ll sure as hell let you know.”

Ray nodded. He left George’s office and headed back to the café and his living quarters in the back.

“Why sure, Ray. I’ll head up tomorrow morning for a welfare check.” George stood and walked around his desk. He patted Ray’s shoulder to comfort him. “You go on home and don’t fret. George is on the job.” 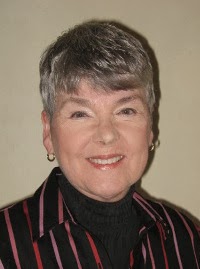 MEET THE AUTHOR
Posted by MuseItUp Publishing at 6:00 AM

Marva, great info on writing point of view. I really enjoyed your style of using it in Missing Assumed Dead. So true how two people's version can be so different when experiencing the same view. My DH and I hear and see things differently every day! LOL...

Thanks, Janet. I find the unreliable narrator idea fascinating. Can't stop mentioning it every few months on some blog somewhere.