We have 3 new reads today that just rolled off the press!!! Congratulations to P.N. Holland, Donna Jean McDunn, and Thomas Briar. 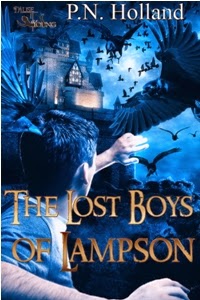 A young boy discovers magic while he faces an evil spirit trying to kill him at his Lampson School.
The Lost Boys of Lampson by P.N. Holland
Tween Paranormal
Cover Designer Celairen
Billy’s grade 7 year is not at all what he expected. Lampson School is not the same. It is cold and unwelcoming. Worse than that, there is something weird going on—a dark figure in a window, crows attacking him and his best friend Ricky, a strange girl, Amy, who looks like she belongs in the past and his nemesis, Andrew is picking a fight with him. It doesn’t seem to matter what he does, the school is out to get him, but why?
It’s not until the dark figure tries to kill him that he realizes he has to solve the mystery of the missing boys to understand why he is a target. With Amy’s help, he might be able to figure it out and stop the evil entity, but with Ricky not wanting to include her and his own self-doubts keeping him from acting, the evil may have already won.
Now available at:
Amazon: http://amzn.to/1wIXtgA
Barnes & Noble: http://bit.ly/1pMugg3
MuseItUp: http://bit.ly/1rCyglz 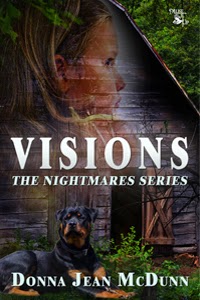 Emily must help a murdered child find closure and stop a vengeful ghost from possessing and destroying innocent lives.
Visions by Donna Jean McDunn
Book 2 in The Nightmare Series
YA Paranormal
Cover Designer Charlotte Volnek
Emily's psychic abilities have grown since the acceptance of her “gift” and the defeat of the father and son sociopaths, the Nelsons, whom she has sent away to prison for life.
But when an old friend of her boyfriend, Tony, comes to Charles City, Emily is suspicious and fears things may not be as they seem. Something, or someone, a “Shadow” of darkness, appears to be taking over the bodies of new friends and old.
Then Max, Emily’s murdered dog from her childhood, suddenly comes onto the scene. Emily is certain the ghost dog’s presence means big trouble is brewing.
As her fears grow, the arrival of a young murder victim, adds to her stress, but she vows to find a way to help the child, no matter what.
Her visions aren’t working and only adding to her confusion.
A young man shows up, ostensibly to be of assistance. He claims to be her ‘soulmate’ of sorts. But is he? Or is he simply symbolic of more trouble on the horizon for Emily and her true love?
Will Emily accept his help to protect those most important to her from an evil, vengeful ghost, and prevent him from turning the innocent into killers?
And will she discover where the child’s body is hidden and who killed her, so the young girl and her family can finally have peace? Perhaps, in this case, only the “Shadow” knows.
Available at:
Amazon:  http://amzn.to/1nIKj9R
Barnes & Noble:  http://bit.ly/1vqdG8M
MuseItUp: http://bit.ly/1q8mm0h 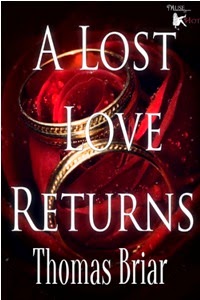 What's Clarissa going to do when a lost love returns after a three year absence?
A Lost Love Returns
by Thomas Briar
Contemporary Erotic Romance
Three years after her boyfriend's mysterious disappearance, Clarissa has finally recovered enough to move on with her life. She's graduated from college, found a good job, and is engaged to someone else now. She is happy once again.
So why has Jake, her long lost first love, suddenly turned back up in Key West, Florida at their favorite sidewalk café? Where had he been and what had he been doing during his absence? But most important of all, what could he possibly want from her after all this time?
NOW available at:
Amazon  http://amzn.to/1ALGB7q
Barnes & Noble:  http://bit.ly/1ysmwQo
MuseItUp:  http://bit.ly/1oHl9Ym
Apple:  http://bit.ly/1sVpBb5
Kobo:  http://bit.ly/1nMqFIU