The Land Beyond All Dreams - HOT OFF THE PRESS!!


HOT OFF THE PRESS!! and still available for a limited time
at its pre-order special price! 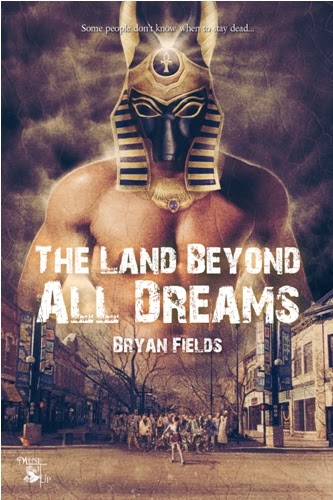 Some people don’t know when to stay dead.

In this sequel to Life With a Fire-Breathing Girlfriend, David Fraser has a world of trouble on his hands. Well, more like three worlds of trouble…

His mother is dying of lung cancer. His employer’s experimental weight-loss drug is turning people into flesh-eating psychopaths. And Ingrim Thain, an undead necromancer, has murdered the program’s research director and taken over his body. If all that weren’t enough, a cat with working thumbs just moved into David’s house.

Thain doesn’t even want to be enemies—he offers David wealth and power beyond anything he’s ever known. He even offers to cure David’s mother and spare those he loves from the coming war. All Thain wants is for David to stay quiet about the drug’s side effects.

Do the right thing and his mother dies. Do the wrong thing, and his mother lives while billions of others die.
For David, the solution is simple. Thain’s appetite for conquest endangers not only Earth, but Rose’s world and every other world Thain learns about. Thain must be stopped.

But how do you kill someone whose will has already proven stronger than death itself?