We don’t usually think of flowers in connection with autumn but in Europe there are some garden flowers that bloom at this time of year, such as dahlias and chrysanthemums. However autumn-blooming wild flowers are rare, so it’s not surprising that one of the few examples is also used as a garden flower. 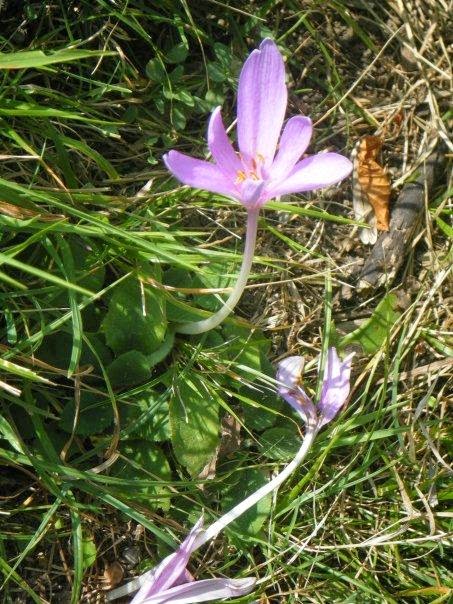 The autumn crocus, also known as meadow saffron or naked lady, is not a true crocus, even though it looks a bit like one. In fact, it is a member of the lily family which, as well as including many favourite flowers, also includes onions, leeks and garlic. Its tulip-like leaves appear in spring but then die back. The eerily beautiful flower, with its white stalk, appears in autumn, without any accompanying leaves, and then the leaves reappear with the seed capsule the following year. The plant is a perennial, surviving in late summer and winter in the form of an underground corm.

It is also deadly poisonous, with symptoms resembling arsenic poisoning (nausea, vomiting, kidney failure, multiple organ failure and death). Depending on the dose victims can be treated but there is no specific antidote. On the other hand, the poisonous substance, known as colchicene (after the Latin name of the plant, Colchicum autumnale), has been used in tiny doses for hundreds of years, and is still approved for treatment of ailments such as gout. 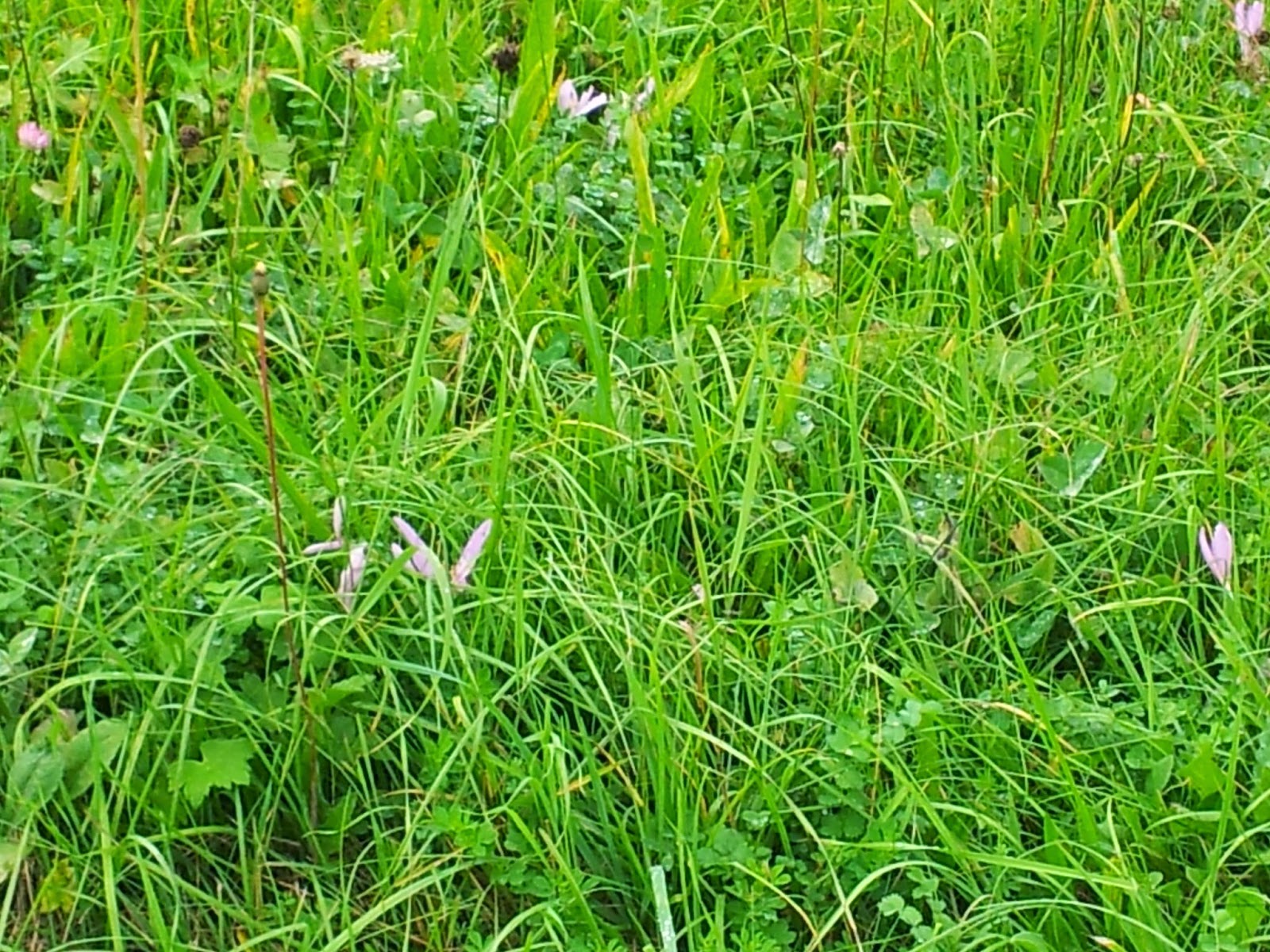 When I worked for the National Parks and Wildlife Service in Ireland this was one of the plants that we looked after like an egg, as it only occurs in about three locations in the whole country. It is also relatively rare in the UK. However, it is quite common in mainland Europe and it’s funny to see lots of the flowers in the fields around my house in France at this time of year, given that it was such a rarity back home.

Philip Coleman is author of the YA mystery entitled The Master’s Book, available from MuseItUp. Visit his website at www.philipcolemanauthor.com.
Posted by Katie L. Carroll at 6:00 AM

Great post, Philip. Thanks for sharing the facts on this fascinating flower.

There are also true autumn crocus which bloom around now. It's from the stamens of one of these we get saffron. The flowers do look quite alike, but the leaves are very different (true crocus have grass like leaves, colchicums have large broad elves, although both are prodiced in the spring)

Very interesting post, Philip! I always look forward to seeing the true crocus pop up as the first flowers of the year. It's striking how close these autumn crocus are in looks to the late winter/early spring ones here.