Meet Lacey from Coda to Murder

Meet Lacey from Coda to Murder by J.Q. Rose

Hello and welcome to the MuseItUp Publising blog. I'm J.Q. Rose, one of the mystery authors in the group. I was planning to be here to tell you about Coda to Murder's "menagerie of characters," as one reviewer put it, but Lacey, the best friend of my main character, volunteered to introduce you to Pastor Christine or as she calls her "Chris." 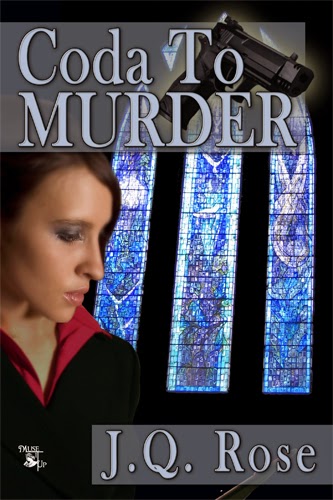 Romance/Mystery
Pastor Christine Hobbs never imagined she would be caring
for a flock that includes a pig, a kangaroo, and a murderer.
# # # #
Hey Lacey, it’s your turn to enlighten the folks about Coda to Murder, a story filled with mystery and romance.

Thanks, J. Q.
Hello, Everyone. It’s so good to be here to tell you about my best friend, Chris, or Pastor Christine to many folks. We met when she moved to our small town of Fair Lake, Michigan, to be the pastor of Dayspring Church. We have a lot in common such as doing weddings and funerals. You see I’m a florist and always in and out of the church setting up weddings, delivering flowers for the altar, and of course, funeral flowers.

We became friends the first moment we met because we shared so many of the same life experiences. We're nearly the same age, both single, both uncommitted, and both had marriages that ended badly.

We certainly are not alike in appearance as Chris is tall and slender with dark brown hair. I'm what you might call petite with short, blunt cut strawberry-blonde hair and freckles. Those darn freckles. I thought I would’ve grown out of them by now!

Together Chris and I face some difficult times. You may have heard the Director of Music, William White, was murdered in the church basement. Unfortunately the police assumed the church custodian, Dutch, was the killer because he discovered William's body. They also suspected Chris could have reason to murder him too. Isn’t that absolutely ridiculous? My kind and loving friend who is such a wonderful example of being a Christian is a “person of interest” according to Detective Cole Stephens. He’s relentless in his interrogations and methods for discovering the killer.

Alright I must admit I had to point out to my friend that IF a detective is investigating you for murder, at least it’s pretty cool to have a handsome, broad-shouldered man around instead of a paunchy, cigar-smoking, old codger asking questions. Yeah, she didn’t even have her man radar out when she first met him. Of course, she did have other more important things on her mind like defending Dutch.

Chris was determined to prove she or Dutch did not kill William.  I recall one evening we were enjoying a pizza and beer on her screened-in porch at the parsonage when she decided, or maybe it was me, or both of us, decided to investigate William's murder ourselves. She had access to William’s house key because he wanted her to check his house when he was gone. He also requested her to open the house for choir meetings in case he was tied up. Plus it’s always good to have someone to have access in case of an emergency. I think looking for clues to a killer would constitute an emergency situation, don’t you?

So that evening we did go out to William’s home…I’ll let J.Q. Rose tell about that adventure in an excerpt below.

EXCERPT from Coda to Murder

It was a clear, starry night with a full moon that helped to light the yard.  The spring air had turned cold, but Christine was warm with the anticipation of finding something in the house that would prove she was not a murderer and also clear Dutch from any possible murder charges.
“The police have probably padlocked the doors and have cameras watching the house,” Lacey whined.
The two women crouched as they snuck up to the back porch of the house.  Christine flashed her light on the door.  No padlock in sight.
“Hmmph,” she said.  “No padlock, so I’m sure there are no cameras here.” She turned and grinned at Lacey. “I just hope William hasn’t moved his keys.”
She stepped into the landscaped area surrounding the small pool and fountain.  Christine picked up a large paver from those covering the edge of the pool liner and flashed her light over the ground.  “Uh-oh, it isn’t here.  Let me try another one.”  She lifted three more pavers until she pulled up a small coffee can buried in the dirt.  Returning the pavers to their proper position, she brought the container back to Lacey who waited on the sidewalk.
She handed her flashlight to Lacey and pulled the lid away from the container. “Light up the inside of this can.  I don’t know what may be inside.”
The light revealed no dirt, bugs, worms, or varmints, so Christine put her hand in to pull out the set of keys.
“Here’s our ticket into the house.”  She looked through the collection of keys on the key ring and then plugged one into the lock on the door. Trying not to breathe too deeply of the stench emanating from the trash bags on the screened-in porch, she tested another key until it turned making a loud click. The women slipped quietly into the kitchen.
“Chris.” She felt Lacey’s hand on her shoulder. “I just want to make sure you realize we are breaking and entering.  We could go to jail for this.”
“Well, this is no time to debate if this is breaking and entering or not. We’re here.  Trust me.” Christine winked. “Come on. I’ll take the bedrooms and bathroom. You search the rest of the house.”
“What am I looking for?” Lacey held her hands out to her sides and shrugged.
“Look for notes, books, journals, appointments. Anything that might be out of character for William. I don’t know for sure, Lacey. I’m new at this investigation thingy, too.”
“Um, okay. Let’s stay together. It’s creepy sneaking around in someone’s home in the dark. Okay?” Lacey put her arm around Christine's shoulders.
“Okay, we’re in this together.” Christine moved toward the living room to begin the search.
The women spent over an hour looking through closets, shelves, and drawers. They peeked under the couch cushions and under the beds. After checking out every nook and cranny of the small house, Christine finally sat down on the couch.
“It looks like William’s sister was very efficient in cleaning out the house,” said Lacey, “and erasing any evidence William ever lived here.”
“There’s only one more thing we haven’t checked, Lacey.”
Their eyes locked, and they both said, “The trash.”
“Oh, no way.”  Lacey wrinkled up her nose. “I’m not digging through that stinky garbage on the porch.”
“Aw, come on. You know you’ll love it.” Grinning big, Christine jumped up from the couch and grabbed Lacey’s hand. Tugging her toward the back porch, Christine said, “I owe you big for this.”
“Oh, yes, you do, and I expect to collect big, too.”
# # # #

Sorry, readers, to leave you hanging, but I don’t believe J.Q. would want me to tell you what they find in the trash. What fun would that be???

BACK OF THE BOOK
Pastor Christine Hobbs has been in the pulpit business for over five years. She never imagined herself caring for a flock that includes a pig, a kangaroo, and a murderer.

Detective Cole Stephens doesn't want the pretty pastor to get away with murdering the church music director. His investigative methods infuriate Christine as much as his deep brown eyes attract her.

Can they find the real killer and build a loving relationship based on trust?

ABOUT J.Q. ROSE
After writing feature articles in magazines, newspapers, and online magazines for over fifteen years, J.Q. Rose entered the world of fiction writing with her first published e-books, Sunshine Boulevard and Coda to Murder released by MuseItUp Publishing. Blogging, photography, Pegs and Jokers board games, and travel are the things that keep her out of trouble. Spending winters in Florida with her husband allows Janet the opportunity to enjoy the life of a snowbird. Summer finds her camping and hunting toads, frogs, and salamanders with her four grandsons and granddaughter. 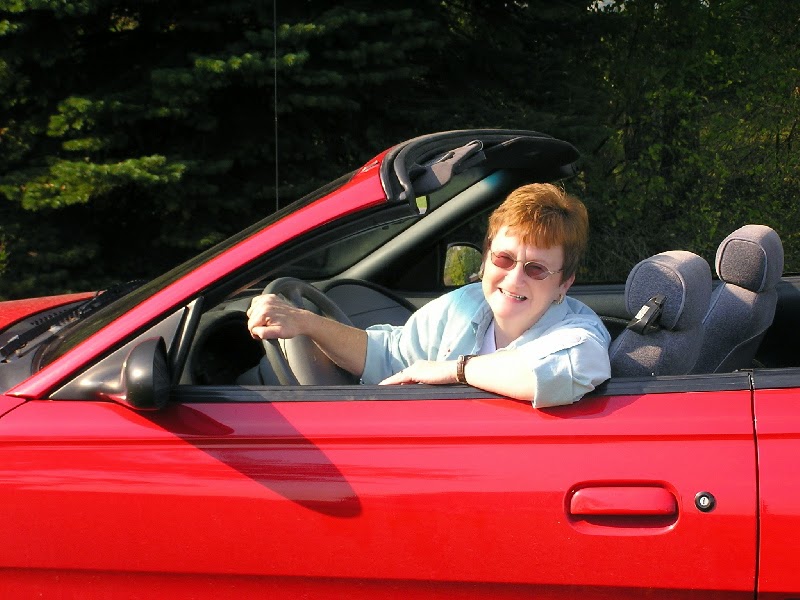 Please leave a comment below to let me know if you wish Lacey had revealed what was in the trash or not. Do you hate cliffhangers? Oooh, so delicious and fun! Thanks for stopping in.

That was a great excerpt, JQ. I love a good cliff-hanger! I know what happens next, as I read Coda to Murder and loved it. But I won't give anything away. My lips are sealed!

Thank you, Helena. I really dislike it when someone spoils the ending to a book or movie or play...I love cliff hangers too, but there's a long time between the ending of Grey's Anatomy until the next season! I like books, so you can find out right away by turning pages...