How real are the heroes in literature? Barbara Ehrentreu 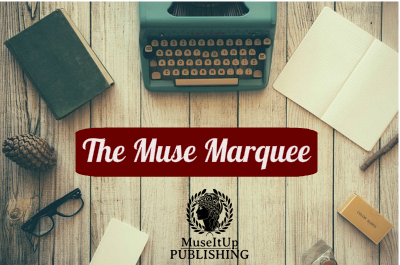 Welcome to our very first Muse Marquee article. Please join us every Tuesday when a MuseItUp fellow member will offer you interesting and helpful how-to articles.

And first on bat is our very own young adult author, Barbara Ehrentreu.

How Real are the Heroes in Literature?


Early in the morning of the day of New Year’s Eve a raging fire broke out next door and upended the settled world of this writer. The billowing smoke covered the neighborhood as it encompassed the entire rear apartment of the two family home where this writer had lived for over eight years. Seeing the smoke and flames was a surreal experience and coupled with the furor of the fire was the tragedy that became the lead story for the local newspaper.
In a heroic attempt to save his wife trapped in the second floor bedroom, the man became trapped himself when his staircase collapsed from the fast burning fire. The firemen were unable to save him or his wife due to the heat of the flames, and this husband and wife perished in minutes.

In the days after the tragedy, this writer was inspired to write a poem to celebrate the bravery of the heroic neighbor who disregarded his own safety trying to save his wife. Literature celebrates the hero in both prose and poetry. The tragic hero is even more of a figure. When the incident occurred in real life and the man went into a burning building to save his love it was déjà vu.. The hero braves flames and collapsing buildings to save his true love. He almost always survives and accepts the gratitude of the heroine who is overwhelmed with love for her savior. That was how it was supposed to play out, if a writer had written this scene. However, there was no happy ending. Instead, the ending was a memorial service where seven hundred people came to mourn the death of their compatriot.

In an essay on Heroism, Ralph Waldo Emerson talks about the reactions of others to heroic acts:"Let them rave:Thou art quiet in thy grave." These words bring home the idea that no matter what else happened his heroism allows him to rest with a clear conscience. Imagine my neighbor not going back into the burning building. But this hero as all good heroes in literature do, risked his life to save his wife and lost it. This was real life and not a story with mythical heroes. Here was a real hero who didn’t have the advantage of being a superhero. Like any true hero he didn’t think of himself. The hero in literature braves all hardships to complete the heroic act. Many times the hero is shunned for this act. If he lives it doesn’t matter to him.

Ralph Waldo Emerson puts it like this: “Heroism feels and never reasons, and therefore is always right;…”
In literature the hero is usually someone who cares little for what others think or of his personal safety. As described on learnhub.com, in literature,"The tragic hero is a man of noble stature. He is not an ordinary man, but a man with outstanding quality and greatness about him. His own destruction is for a greater cause or principle." This is describing a tragic hero. Yet in real life this is exactly what happened.
Many times we feel that literature is separate from real life. The situations seem contrived and in our modern world seem to be straight out of the movies or TV. The truth is that writers for centuries have been recording events and characters from real life. Though their stories may not be exactly the same, on a frigid night in Westchester one more person who had been a relatively quiet normal citizen elevated himself to the status of hero by selflessly rushing into a burning building to save the woman he loved. His heroic action added him to literature's pantheon of heroes.

Barbara Ehrentreu Bio:
Barbara Ehrentreu grew up in Brooklyn and moved to Queens. She has lived and taught in Long Island, Buffalo, NY and Westchester, NY as well as a year in Los Angeles, CA. She has a Masters Degree in Reading and Writing K-12. Currently she is retired from teaching and living in Stamford, CT with her family. If I Could Be Like Jennifer Taylor won second prize in Preditors& Editors as Best Young Adult Book for 2011. It was inspired by Paula Danziger for her children's writing workshop at Manhattanville College. Her second book, After, considers what can happen to a teen when her father becomes ill with a heart attack. It is based on her own experiences when her husband had a heart attack and the aftermath of what she and her family experienced. She is preparing the sequel to If I Could Be Like Jennifer Taylor. Barbara also writes poetry and several of her poems are published in the anthologies, Prompted: An International Collection of Poetry, Beyond the Dark Room, Storm Cycle and Backlit Barbell. She has a blog, Barbara's Meanderings, and she hosts a radio show on Blog Talk Radio, Red River Radio Tales from the Pages, once a month.She is a member of PEN Letters and SCBWI.

IBooks: If I Could Be Like Jennifer Taylor: (print and ebook)
For Nook on Barnes and Noble: http://www.barnesandnoble.com/reviews/If-I-Could-Be-Like-Jennifer-Taylor%2FBarbara-Ehrentreu/1105870667?csrfToken=7tl0EbMuS9kryS71CGU8jWQqfAkqgZfa&sort=3#reviews

Excellent article, Barbara. You're right, he was a true hero. It's so sad that he and his wife both died. The firemen who tried to save them, are also heroes, despite the fact that they were unable to save them. They are surely everyday heroes who put themselves at risk to save others.

I guess literary heroes are as real as the writer makes them.

Dellani,
Thank you for commenting and yes they were all heroes. To get to this couple the firemen had to cut through our ceiling and go across in the attic. They got to the room, but it was too late. They died of smoke inhalation. I still feel sad thinking about this wonderful couple who only wanted to have a better life in our country.