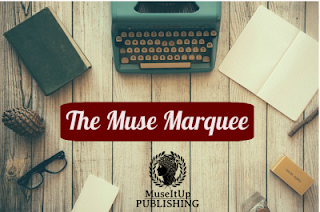 Usually, when I write a story, I focus on the characters and plot, and then create a fictional setting as the backdrop.

However, my YA story ‘Daffodil and the Thin Place’, published by MuseItUp Publishing, started with the setting – a real, thirteenth century church in Essex, England. Although I knew a lot about the history of St. Nicholas Church, and loved the old building, it wasn’t until I heard it described as a ‘thin place’, that my imagination was fired. I learned that thin places are sites where the barrier between this world and the next, is thinner than usual. They are thought to be places of religious significance such as churches or standing stones, and the proximity to the next world is thought to be due to the accumulated prayers and positive thoughts of countless people over many generations. I loved the idea that people’s devotion might be able to create conditions where earth and other worlds are drawn closer together, and my enthusiasm for such a concept overcame any doubts I had about the possibility of it being true. The history and quirkiness of the church, along with the claim that it was a thin place made it somewhere, that in my opinion, deserved a story to be written about it, and ‘Daffodil and the Thin Place’ was born.

An advantage of St. Nicholas Church, is that unlike other churches, it has a wooden, Tudor annexe which was originally the priest’s house and then later, during the Victorian times, became a school for local children. Much of the action takes place here and I found it useful to spend time walking up and down the eccentric staircase, imagining my characters interacting.

People who have read ‘Daffodil and the Thin Place’ and also visited the church, have remarked that being able to walk in Daffodil’s footsteps has given the story an added dimension, bringing her and her friends to life.

Dawn Knox’s first YA novel, ‘Daffodil and the Thin Place’, was published in 2014 by Muse It Up Publishing. She has also published several short horror, sci-fi, speculative fiction, and romance stories. Dawn lives in Essex, England with her husband and son. 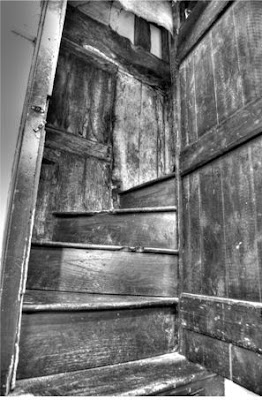 Top photo: St. Nicholas Church, Laindon with Dunton
Middle photo: Priest House on the left.
Bottom photo: The stairs in the Priest House, leading up to two tiny floors.
A photo of the church was incorporated into the cover art by Charlie Volnek. 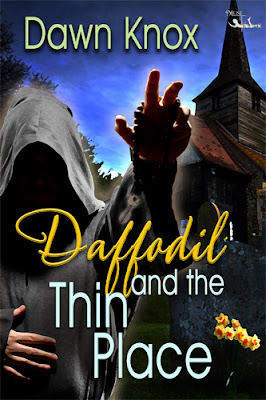 One simple yawn is enough to plunge shy, diffident teenager Daffodil Lane into a world of intrigue and murder – a century before she was born.

Daffodil and the Thin Place
Time Travel Middle Grade Adventure
is available at: