Today we have the pleasure of interviewing
multi-published Sci-fi Romance author,
Edward Hoornaert. 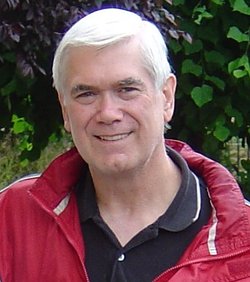 Before we begin, here are 3 interesting tidbits about Ed:
I inspired a bestselling Harlequin romance novel, Mr. Valentine, that Vicki Lewis Thompson dedicated to me.

I once taught in a one-room school accessible only by float plane.

I've been the principal oboist in orchestras in the US and Canada.

What motivated you to become a writer and at what age?
I've loved reading as long as I can remember, and at age 10 I tried writing science fiction of my own. I had no original story ideas, however, and that frustrated me terribly.

I sublimated my frustration into a love of music, and for many years channelled my artistic urges into playing the oboe. I didn't return to writing until my late thirties.

What 3 words describe you as a person?
Hardworking
Creative
Family-oriented

What 3 words describe you as a writer?
Romantic
Humorous
Character-oriented

When not writing, how do you spend your time? Hobbies?
Listening to music.
Playing the oboe.
Watching movies.

Do you remember the first story you ever read, and the impact it had on you?
I don't remember the name (Robinson Crusoe? Swiss Family Robinson?) but it was a Classics Illustrated comic book. I loved that comic back when I was three or four and pestered my parents to read it to me over and over. And over. My longsuffering dad finally said, "Why don't you read it yourself?"

But I loved that story so much that I tried. Even though I knew much of the comic by heart, it took me a couple of days, and I had to ask for help with a lot of words. Yet I shocked myself by reading the whole thing.

My love of a good story led me to teach myself to read.

That word about sums it up. My desk is chaotic. Messy. Strewn with books (I'm usually reading several at a time), sheet music, CDs, and printouts of things I couldn't live without at the time, but now can't bring myself to sort through.

Catt Sayer is a working-class fugitive from the law of her home planet.  She escaped to Banff, a large uninhabitable moon rich in minerals.  Ever since winning a decrepit airship in a card game, she's been a rule-flouting pilot, a loner who flies the moon with only an android co-pilot for company.

Hank Dukelsky is strait-laced army captain who comes from a long line of generals.  Despite his lineage, he's become disillusioned with putting down peasant revolts and defending corporate interests.

What’s her story?
Catt Sayer earns a meager income carrying supplies on a decrepit airship, but her hard-won life vanishes when invaders capture Banff.  Until she rescues Hank, the lone survivor of the enemy attacks, she has hidden from life.  Can Hank bring meaning and love to her lonely existence?

Hank Dukelsky an upper-class career army officer, yearns to fight a righteous war instead of defending corporate interests on Banff, an isolated mining moon. That dream seems dead when his entire command is slaughtered while he’s away, leaving him alone in smoldering rubble with no chance to survive, let alone strike back at the enemy.

Until Catt rescues him, that is.  Then he strives to win the war—and the woman he loves.

Where/when does the story take place?
In the distant future, mankind has spread to the stars.  Hank and Catt are from Enno (New Ontario), a major planet that keeps a small presence on Banff, a moon used solely for mining. The moon is as large as Mars, uninhabitable, and being torn apart by proximity to a gas giant. Volcanoes and fierce storms make even flying over it treacherous.
How did the story come to you? And if there’s an answer to Why?
My first book for MuseItUp, The Guardian Angel of Farflung Station, was partially inspired by a movie, Amelie. The only thing I borrowed from that movie was the character of Amelia—a shy, quiet loner who does good deeds anonymously. I loved her innocence and goodness. She was the model for Sandrina, is the space station's guardian angel.

When it came time for a sequel, I decided to take movie inspiration to a new level. I love the movie The African Queen, and realized it was one of the few movie classics that could be translated into science fiction. All I needed—yeah, right!—was a hostile environment, an invading army, and a reason to throw my hero and heroine together.

What makes your book different from other similar ones?
Although there's plenty of action, Escapee is more focused on characters than plot.  Also, its similarities to The African Queen broaden its appeal.

What do your fans mean to you?
If a tree falls in the forest and there's no one to hear it, did it make a noise? And if I write a book and no one reads it, are there really any words there?

The answer to this koan is: Readers are everything. They make my words real.

Where do you get the inspirations for your book(s)?
Well for Guardian Angel and Escapee, I was inspired by movies. For other books (Escapee is my 14th) I've been inspired by dreams, or real-life incidents, or one crystal-clear scene that I simply must weave a story around.

Any advice for new writers just beginning this trek down the wonderful world of publishing?
Strive to write as professionally as possible. That includes learning the storytelling craft, learning proper spelling and grammar, and not shoving a book out the door as soon as you finish it. Books are like fine wine. They need time to mellow and 'breathe'.

Thank you for your time, Ed. Always love to hear authors and their writing 'thinking' and process. 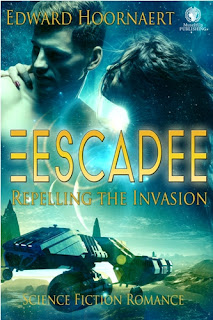