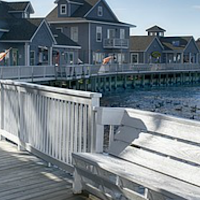 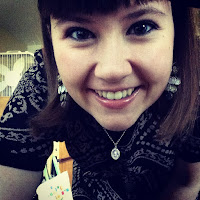 I’ll never forget the first time I visited the Outer Banks in North Carolina. I had to be only fourteen or fifteen (I’m twenty-one now, if that puts things into perspective). All five members of my family packed up in New York and drove the hellish amount of hours down to the coast. We’d rented a house all to ourselves, and I remember it was three floors because I had the lone bedroom on the top floor, next to the kitchen and this open living room dominated by wide windows. It gave me a near limitless view of the ocean, something that proved both amazing and scary.

We went in April and it was far too chilly to go swimming. Halfway through the week, a storm rolled in and we spent nearly the whole day inside I remember, but not before we’d visited a couple shoreside shops and I’d bought a tiny volume to curl up with. I really enjoy buying books while traveling, books that I wouldn’t find anywhere else. Outer Banks Tales to Remember by Charles Harry Whedbee is chock full of folklore right from the Outer Banks and the surrounding area.

Vividly, I recall resting on this giant of a couch, the lights down low and the wind sweeping across the windows as I read about local ghosts, devils, and pirates; Native Americans and hanging trees, ghost lights and buried treasure. In truth, I hardly get any writing done while on vacation. But I do gather intel. I have a book coming out this winter, Nicholas, which is about a Westminster thief. Originally, however, Nicholas’s character was drawn from an older character I thought up in the Outer Banks, a young, lone buccaneer named Jamie. Jamie was a good-hearted yet talented pirate who worked alone, much like Nicholas. They’re not the same—and I still plan to write a pirate story someday—but the bones of Nicholas’s story were created on this trip, even if it’s not what I originally intended. Stories are often funny that way.


When she was little, Rachael Kosinski wanted to be a paleontologist, an astronaut, a nature photographer, a writer for National Geographic, an Egyptologist, and the next Jane Goodall. Instead of being a new link between man and chimp, or discovering a planet suitable for sustained human life, or maybe even winning renowned fame by stumbling across an undiscovered dinosaur, Rachael finally decided that, if she never became a writer, she would simply die. Years later, she now possesses a quirky knowledge of world mythology, an addiction to coffee, and a penchant for making over-expressive faces at her laptop. She can be found at http://rachaelkosinski.weebly.com and RACHAEL KOSINSKI

I love you description of that reading place when you were fourteen. Lovely. Vacations are a wonderful place to open up to new and exciting experiences. I too collect books from places that I visit. I just purchased "Ghosts of Long Island New York" while vacationing on the longest stretch of land on our contentment. Wishing you continued success and lots of fun when dealing with your pirates and ghosts.

Thank you for the kind words, Margaret! I have some friends from Long Island, but I've never been. I think, however, that I saw a documentary on spooky things happening there! :)

Vacationing in new places and reading the history and other facts about an area are wonderful ways to find ideas for new stories. Yours sounds like a winner. Congratulations. Great post.