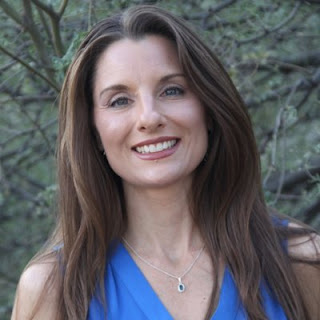 Who are some of your favorite authors?
Mary Higgins Clark, Lisa Jackson, Lisa Gardner, and Meg Gardiner

What motivated you to become a writer and at what age?
I’ve always been an avid reader and imagined what it would be like to create characters and stories of my own. I devoured books in grade school, high school and college and that dream of writing started at an early age. My favorite classes were English and history and I’m sure that’s because I loved writing book reports. Writing always made me happy and still does.

What 3 words describe you as a person?
Honest, generous, kind

What 3 words describe you as a writer?
Focused, detailed, determined

When not writing, how do you spend your time? Hobbies?
I work out and enjoy running and weight training, considering I spend a lot of time sitting in front of a computer I find exercising is great mental and physical stimulation. Often when I’m running I’ll resolve a scene or fill in a plot hole. I also volunteer for the American Cancer Society serving as a team leader for the Making Strides Against Breast Cancer Walk and I’m on the committee for the Climb to Conquer Cancer Walk. Being from northeastern Ohio, I’m a huge Cleveland Browns fan so during football season it’s game on!

Do you remember the first story you ever read, and the impact it had on you?
My goodness, I’ve read so many wonderful books over the years. However, there are two books I read in grade school that I’ll never forget. The first is “Leo the Late Bloomer” by Robert Kraus. It was such a simple heart warming story but had so much meaning. The second is, “The Giving Tree”by Shel Silverstein. A beautifully written and thought provoking tale. Both books are literary classics for kids that have stood the test of time. I can’t imagine writing a piece of fiction that powerful with the ability to span generations. When I was in high school, I discovered author Mary Higgins Clark and devoured every book she had written. Two of my most favorite books by her are “Where Are The Children” and “A Cry in the Night.” It’s safe to say she has had the most influence on my desire to become a writer. 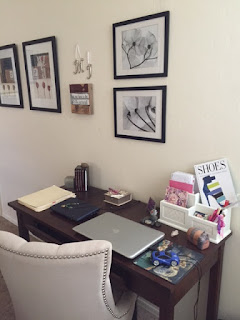 Mostly organized. I have two computers- a netbook for writing and laptop for editing. It’s really two different mind sets for me so hence two computers. It’s a mental trigger. Much like some of the chachki lining the back of my desk- rocks, a piece of quartz, my gemstone necklace laden with creativity I wear while writing. The Eat, Sleep, Shop- Repeat plaque reflects another hobby- shopping! It really should say: Eat, Sleep, Write- Repeat. I also have a block of quotes that opens and folds. It’s pretty cool and serves as a bit of inspiration. Besides that I have my working file for my current work in progress and a file for marketing my current and past pubbed book.

Who is the main character?
Homicide Detective Rachel Hood

What’s her story?
Rachel’s mom abandoned their family when she was a little girl and that has greatly impacted her life. She’s followed in her dad’s footsteps and wants nothing more than retired lieutenant detective Joe Hood’s approval. Rachel is smart, ambitious and compassionate. She also has the unique paranormal gift of psychic empathy. A gift that comes to life when her sister, Amy is abducted and now four years later Rachel still hasn’t found Amy or three other missing women taken by the Summertime Slayer. Here’s where Rachel’s journey into the occult and the story of Last Summer’s Evil begins.

Where/when does the story take place?
In the fictitious town of Snug Harbor, Ohio in the year 2011.
Who is your target audience?
Fans of mystery/suspense/thriller perhaps a bit of horror- I’ve been told I scare people. I can’t imagine that!

What makes your book different from other similar ones?
The Last Cold Case series is best described as the TV shows Criminal Minds and Castle meets Ghostly Encounters. The current case being solved in Last Summer’s Evil is linked to several previous cold cases. What makes homicide detective Rachel Hood different than other detectives is the heart full of compassion and often deep personal connection she forges with victims of crime which brings her paranormal gift of psychic empathy to life. She feels every ounce of a victim’s pain but is powerless to save them. Using traditional investigative methods and her psychic empathy to hunt for clues and evidence is how she solves crimes. She’s gifted with a bit more than most investigators typical gut-intuition.

What do your fans mean to you?
I have fans? Wow! Seriously, readers mean more than words can express. There’s nothing like having someone say how much they enjoyed one of my books. I invite everyone to contact me via email or social media and really enjoy meeting people from all over the world, not only to talk about books but other interests we may share- exercise, dogs, shoes, sports, movies just plain old fun stuff.

Where do you get the inspirations for your book(s)?
Mostly from my dreams. When I was a little girl my mom called me “the night owl” because I didn’t want to go to bed. Now I know why. I have really vivid dreams and dream in color. Unlike so many people, I remember mine. Those snippets turn into full length novels. Obviously, being a suspense/thriller author I don’t have to explain my dreams are usually a bit frightening. What can I say? I work around the clock.

Any advice for new writers just beginning this trek down the wonderful world of publishing?
The best advice I can offer any new writer is this: write, and then write some more and break rules. The most important thing is to just write. Join a good writers group like Romance Writers of America, Sisters in Crime or Horror Writers Association where you can network with experienced writers and those just starting. Here’s where you’ll learn craft, rules of writing, tips, meet agents, editors, and hopefully find a gentle critique partner or group. Lastly, don’t get overwhelmed. Keep writing and learning and then be brave and submit your novel for publication.

Thank you, MJ, for your time. Always a pleasure talking with you. 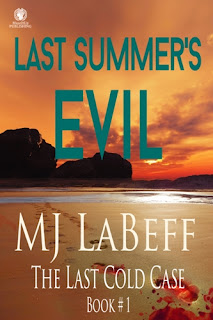 A fearful city lies in wait. Summer is here. The solstice is near. Each time the serial killer strikes there are two more victims. One woman has already disappeared. It’s only a matter of time before another woman is murdered.


Homicide Detective Rachel Hood, a psychic empath, feels every ounce of a victim’s pain but is powerless to save her.

Psychic FBI Agent Nick Draven is a skilled profiler, specializing in occult crimes. Together, they must race against the clock to capture the psychopath terrorizing Snug Harbor, Ohio. Only one victim has escaped, but she can’t ID her attacker. What they do know is the sick signature the killer leaves behind. A handmade ragdoll crafted out of the previous victim’s clothes is found in the clutches of the deceased women.

Rachel’s obsession with the case deepens, and she devises a rogue plan to outsmart the killer. The risky plot puts her life in jeopardy. The serial killer has had years to master the crime. Nick only has hours to track down the killer and rescue Rachel before she dies in a ritualistic sacrifice at the hand of a knife wielding, blood thirsty murderer.

The Last Cold Case is available at: